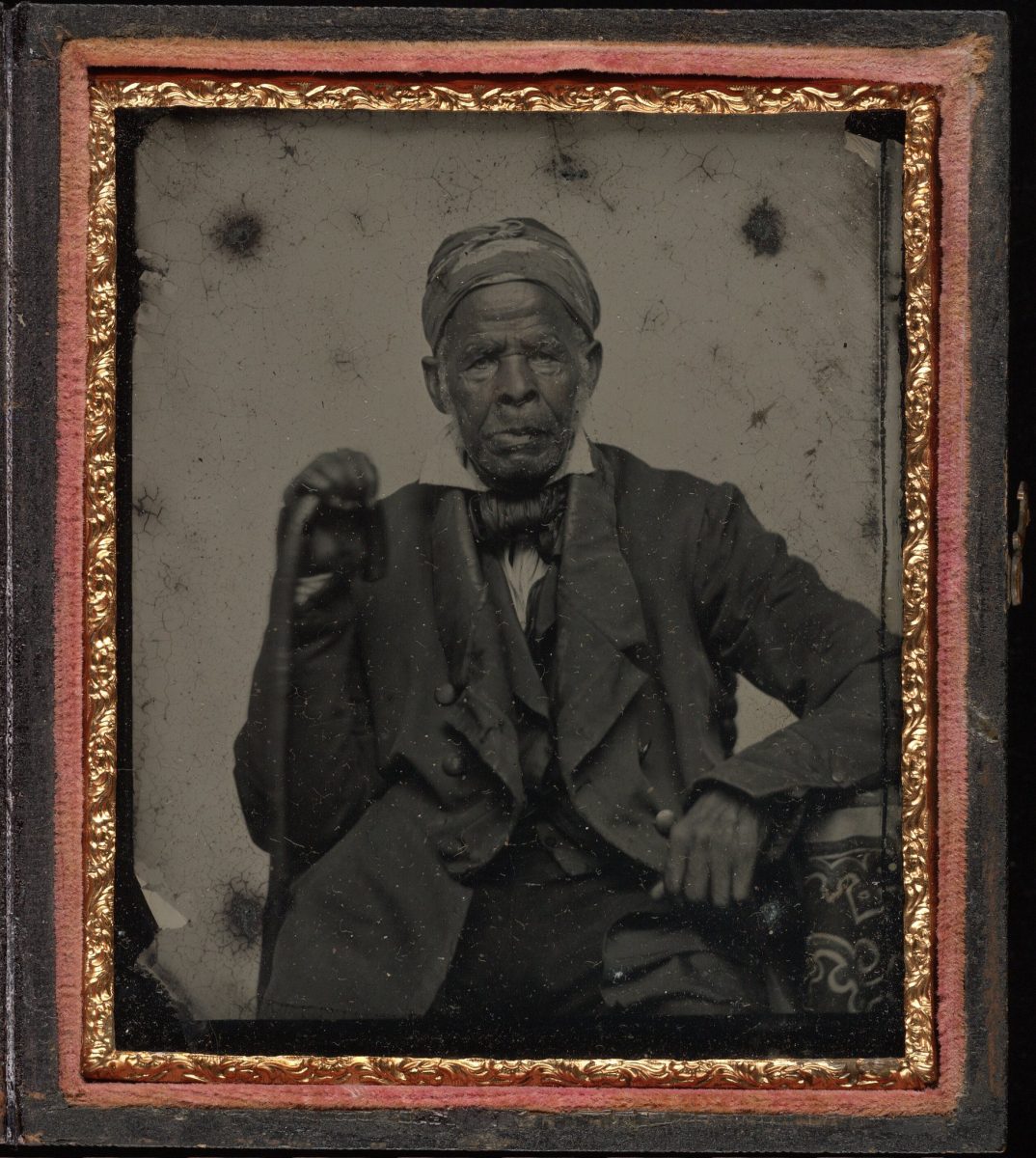 Spoleto Festival USA will present “Exploring Omar,” a free, eight-part discussion series as part of the Festival’s education and community engagement arm, Spoleto ETC. The hourlong programs, held virtually via YouTube Live, will expand on the historical context and cultural significance of Omar, Spoleto’s upcoming world premiere opera written by Rhiannon Giddens and based on the life of Omar Ibn Said. SC Humanities supported this series with a Major Grant.

Omar Ibn Said was a Muslim African scholar who was sold into slavery in Charleston upon his capture in what is now Senegal in 1807. Said’s 1831 autobiography is considered to be the only autobiography written in the United States by an enslaved person while still enslaved, and because it was originally written in Arabic, it is believed to be uncensored by Said’s enslavers.

“Exploring Omar” events are free to attend and will take place online. Each discussion features expert panelists and moderators in the fields of religion, education, culture, and the arts, creating connections between Omar and modern-day ideas. Registration is required. An access code and link for the discussions will be emailed to registrants prior to each talk.

Thursday, October 13, at 6:00pm
Exploring Omar: Omar, the Man
Who was Omar Ibn Said?
Virtual Event
What is known about Omar Ibn Said and why is his manuscript of particular relevance today? Join us as professor Ala Alryees, who translated Ibn Said’s autobiography for his book A Muslim American Slave: The Arabic Life of Omar Ibn Said, and Dr. Sylviane Diouf—an author and award-winning social historian of the African Diaspora—reveal little-known facts about Ibn Said and uncover what makes him a figure of such historical importance. Brenda Tindal, of the International African American Museum, serves as moderator.
Register: https://spoletousa.org/events/exploring-omar/

Tuesday, November 10, at 6:00pm
Exploring Omar: Between Two Lands
The cultural and environmental ties between Futa Toro (Senegal) and the Lowcountry
Virtual Event
Futa Toro and Charleston: The sites of Omar’s birth and enslavement, divided by a vast ocean and much more. But did these water-proximal areas share traits, too? In looking at the intersections of the two lands, panelists will examine the cultures of both regions and the traditions of those who inhabit them today. Former National Park Services specialist Michael Allen—who has been instrumental in telling the stories of African Americans in the region and contextualizing them for exhibitions and historical markers—moderates this fascinating talk. Joining him are College of Charleston Professor John Cropper, Ph.D., who specializes in French West African history; Veronica Gerald, Coastal Carolina University Professor Emeritus and former Director of History and Culture at Penn Center on St. Helena Island; and Dr. Mamarame Seck, who will speak from his post in Senegal at the University Cheikh Anta Diop of Dakar.
Register: https://spoletousa.org/events/exploring-omar/

Tuesday, December 15, at 5:00 pm
Exploring Omar: Complex Identities in the Arts
Past and present Spoleto artists discuss bias in opera
Virtual Event
On May 28, 2021, Omar Ibn Said’s story will be told through opera—an artform that has, historically, contributed to the unjust practices of systemic racism and failed to promote the voices of Black and non-white artists, especially in directorial or leadership roles. In this talk, artists of current and past Spoleto Festival USA productions—including director and designer Jennifer Wen Ma, director Atom Egoyan, and Omar librettist and co-composer Rhiannon Giddens—discuss their unique experiences on stages nationwide and the biases they have faced in the performing arts industry. Festival Director of Orchestral Activities and Omar conductor John Kennedy serves as moderator.

Tuesday, January 12, at 6:00 p.m.
Exploring Omar: Spiritual Struggles
Virtual Event
Omar Ibn Said definitively arrived on the shores of Charleston as a Muslim. And while we know he was a forced member of a Christian family and belonged to a Presbyterian church at the time of his death, can we say for sure he departed this life as a Christian? This conversation examines the latter end of Ibn Said’s life and discusses how religion has, throughout U.S. history, drawn people to resist or remain resilient in the context of social justice. Hussein Rashid, a professor at The New School in New York City, whose research focuses on Muslims and American popular culture, serves as moderator.
Register: https://ticketing.spoletousa.org/4888/4894

Tuesday, February 9, at 6:00pm
Exploring Omar: Religion and Spirituality in Black Lowcountry Diaspora Networks
Praise poems, spirituals, folktales, and more – current practices of Africana traditions
Virtual event
It’s now acknowledged that in Black coastal populations, the source for cultural traditions—including Praise Poems, Call and Response, Spirituals, Shouts, and Folktales—can be traced back to the ethos or worldview of the captive Africans, such as Omar Ibn Said, brought to the Americas by force. While those traditions, among others, have been preserved most closely to their continental African origins by those in Gullah Geechee communities here in the Lowcountry, they are also evident in African American populations in the North and interior U.S. In this discussion, authors, professors, and Drs. Elizabeth West (Georgia State University), Muhammad Fraser Rahim (The Citadel), and Ras Michael Brown (Georgia State University) explore the spirituality of today’s Gullah Geechee community and examine how some current practices have been preserved and/or changed from their African Islamic origins. Dr. Kameelah Martin, professor of African American Studies at the College of Charleston, serves as moderator.
Register: https://ticketing.spoletousa.org/4888/4895

Tuesday, March 9, at 6:00pm
Exploring Omar: Justice for Omar
An artist and activist response to contemporary social movements
Virtual event
It was while imprisoned in North Carolina in the early 19th century that Omar Ibn Said’s penmanship in charcoal on a jail cell wall captured the attention of the governor and, eventually, led to the writing of his autobiography on which our opera Omar is based. In looking at that moment through a contemporary lens, “Justice for Omar” focuses on artists as activists and asks how the arts have and can respond to Black trauma (i.e., over policing, mass incarceration, and recidivism) and triumphant, healed, and unapologetically happy Black joy. Panelists—including renowned choreographer and director Bill T. Jones and Charleston Poet Laureate Marcus Amaker—will address how writers, visual artists, and performers exhibit freedom of expression. Tamara Butler of the Avery Research Center at the College of Charleston serves as moderator.
Register: https://ticketing.spoletousa.org/4888/4896

Tuesday, April 13, at 6:00pm EDT
Exploring Omar: Ancestry Unveiled
Revealing local ancestral connections
Virtual event
Though Omar Ibn Said never wrote about children in his manuscript, he did mention a sibling. Could this mean his ancestral and genealogical connections can be traced to people in Senegal and South Carolina today? In this intriguing conversation, moderator Michael Miller, Charleston County Register of Deeds, calls on panelists—African Ancestry’s co-founder Dr. Gina Paige; Virginia Ellison of the SC Historical Society; Charleston County Public Library’s Marianne Cawley; and Toni Carrier, director of the Center for Family History at the International African American Museum—to discuss the differences between ancestry and genealogy, identify the familial intersections of Senegal and the Lowcountry, and share tools to help us discover our own families’ histories.
Register: https://ticketing.spoletousa.org/4888/4951