“Meltdown in Dixie” Screenings and Discussions Around the State 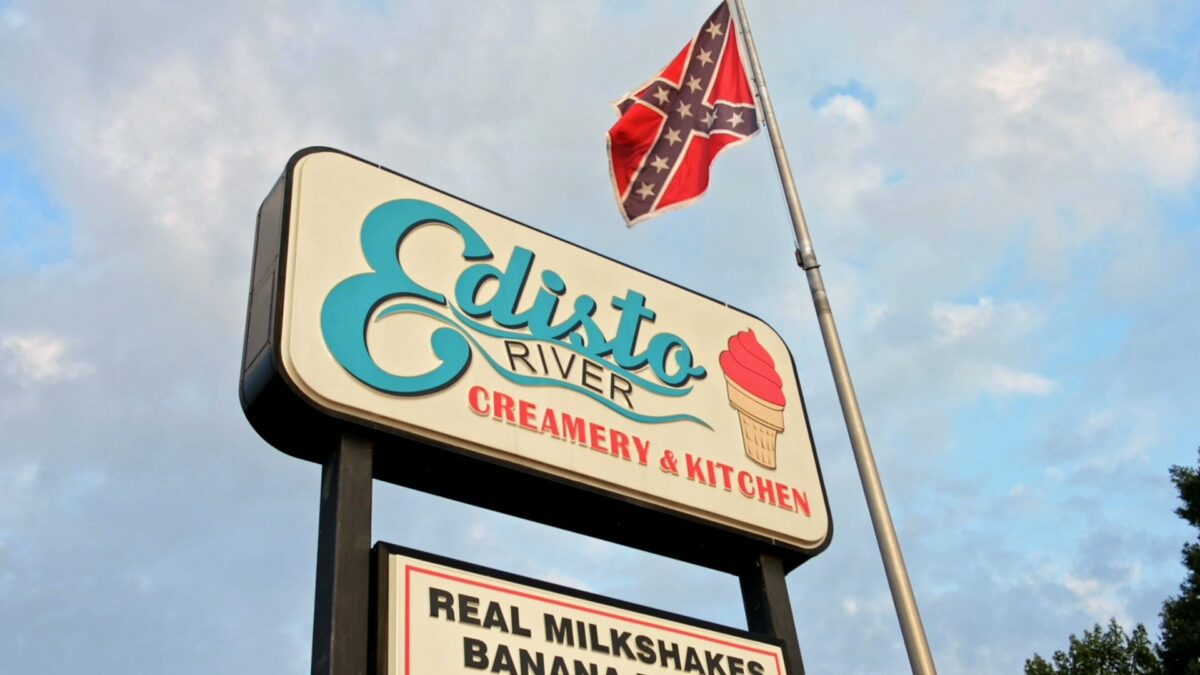 The Center for Creative Partnerships will coordinate a series of public screenings and discussions of the documentary Meltdown in Dixie (2021), which examines the complexities of race and Southern culture through the story of a battle over display of a Confederate flag in Orangeburg, SC. The first screening will take place at the Hanahan Ampitheater in Berkeley on Saturday, June 11, 2022. SC Humanities supported the documentary Meltdown in Dixie with a Major Grant and has also supported this film discussion series with a Major Grant.

Directed by Orangeburg, S.C. native Emily Harrold, Meltdown in Dixie explores the broader role of Confederate symbolism in the 21st century through a local look at a battle over a flag flying outside the Edisto River Creamery. The film follows the owner of the Creamery as he tries to bring the flag down. Countering this, the film also profiles the local chapter of the Sons of Confederate Veterans, who want to keep the flag flying.

“The role of Confederate symbols in our society today is a very charged and dividing issue,” said director Emily Harrold. “While it was hard to turn the camera on my hometown on such a controversial subject, I believe the film offers insights on all sides of the issue. I hope the film encourages audiences to more openly consider their feelings on the topic and acknowledge the legacy of hurt that Confederate symbols continue to uphold.”

Each screening will be followed by a moderated discussion with both local and state scholars. Scholars William Hine and Larry Watson have designed a discussion and study guide that will be made available to participants in the screenings. Some screenings might be live-streamed to include virtual audiences.

The current schedule of film discussion events is:

Additional dates and locations will be added as they are scheduled. Other participating communities are expected to be: Bamberg, Charleston, Columbia, Florence, Laurens, and Pickens.

The Center for Creative Partnerships is an educational organization of Conscience and Social Justice that promotes community involvement through the arts and humanities, including civil and human rights. Learn more: https://www.centerforcreativepartnerships.org/.