Beyond Mother Emanuel and The Confederate Flag: A Symposium on Race, Culture and Understanding 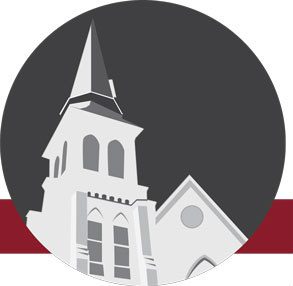 Francis Marion University will look to jump start the conversation on several thorny topics related to race and culture in America when it hosts a first-of-its-kind symposium February 26-28. Beyond Mother Emanuel and The Confederate Flag: A Symposium on Race, Culture and Understanding was created with the hopes of bringing the difficult topics of racism and its deep-rooted causes of it to the forefront of the Francis Marion campus and Pee Dee Region as a whole. SC Humanities supported this project with a Major Grant in September 2017.

The symposium will feature three days of lectures and panel discussions at Francis Marion University’s Chapman Auditorium (Feb. 26 and Feb. 28) and at the FMU Performing Arts Center in downtown Florence on Tuesday, Feb. 27). The event is free and open to the public. Among the speakers and panelists who’ll be on hand are author and journalist Jack Bass, former Charleston May Joe Riley, the Rev. Eric Manning of Mother Emanuel AME in Charleston. Other artists, academics and politicians will all play a part in the upcoming symposium.

The event’s keynote speakers will be Kevin Gray, a Columbia-based civil-rights activist; Leo Twiggs, a renowned artist, professor and a winner of both the Verner Award for Lifetime Achievement in the Arts and the Order of the Palmetto, South Carolina’s highest civilian award; and Bakari Sellers, a former South Carolina state representative.

FMU Professor of English Dr. Jon Tuttle is one of the architects of the event. He says a string racially-charged events, culminating with the Charlottesville protests in 2017, provided the genesis for Beyond Mother Emanuel. “Suddenly, Ku Klux Klan members, neo-Nazis and white supremacists kind of came out from underneath the rocks,” Tuttle says. “That was alarming, but particularly alarming at FMU because our student population is about 50-50 black and white and we have a very diverse and unified student body here.”

Tuttle and fellow faculty and staff members Daphne Carter-McCants, Teresa McDuffie and Joyce Durant, soon drafted an idea for a symposium that would bring a discussion of racism and its history to forefront. Tuttle says the event is not meant to promote any specific idea, but rather, to foster and develop dialogue around differing, and often unheard, opinions. “Some of these opinions are very well informed by experience and research,” he says. “Some of them are inherited bad habits or convenient lies… Hopefully, we will all come away a little uncomfortable about all that we hadn’t considered about other people not like ourselves.”

The schedule of events is:

* Twiggs exhibit “Requiem” will be hung in the Morris Gallery of the Florence County Museum, with portraits of the nine victim of the Mother Emanuel AME Church Shooting