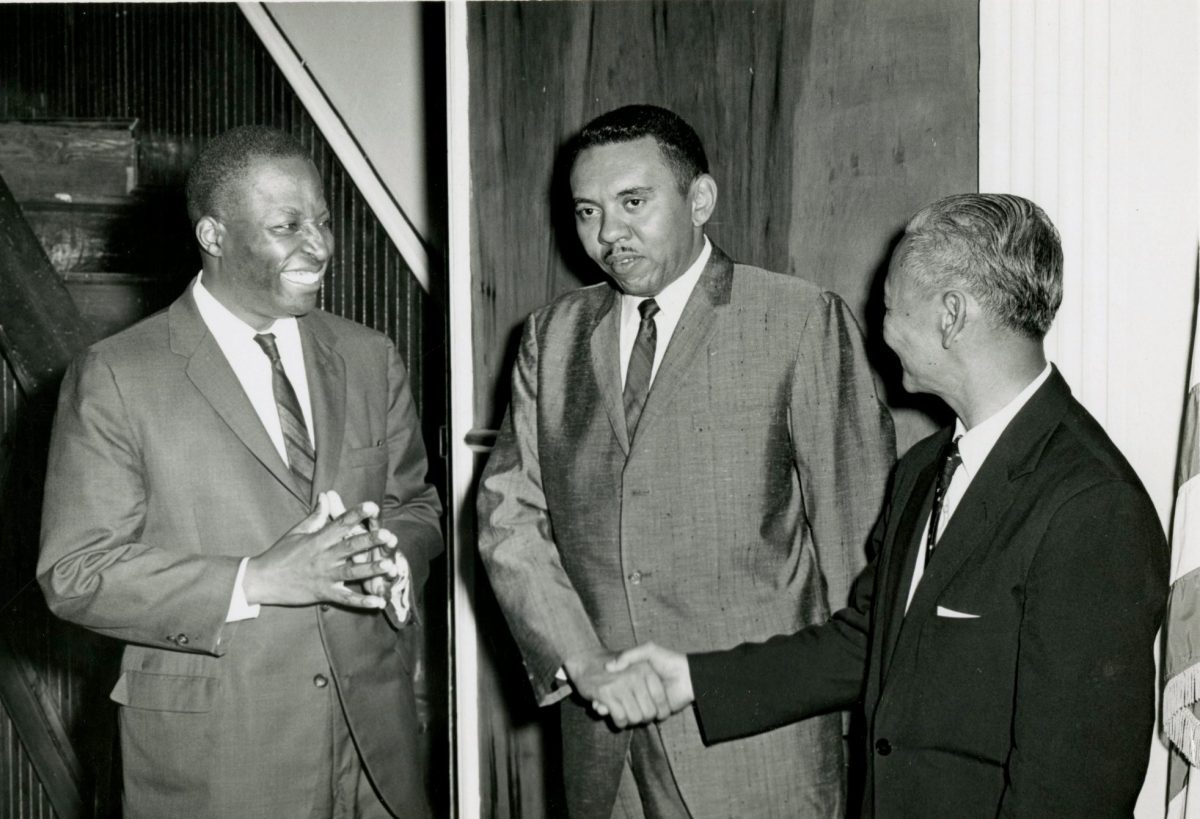 The Cecil J. Williams Historically Significant Image Collection at Claflin University is one of the richest and largest collections of civil rights history in existence from any living photographer. With an estimated 250,000 negatives spanning 50 years, many of the photographs have appeared in The New York Times, The Washington Post, Newsweek, JET Magazine, Afro-American, and the Associated Press. With support from SC Humanities, Claflin University has made tremendous progress in scanning and digitizing the collection. SC Humanities supported this project with a Major Grant.

During the past 18 months, student interns working in the lab located in the H.V. Manning Library at Claflin University have scanned more than 40,000 historically significant films. Besides being involved in a state-of-the-art project using the FilmToaster, a digitization invention created by Cecil Williams, the students have acquired first hand knowledge about history, culture and heritage. Each film scanned preserves rich moments and a step back into history for images photographed by Cecil Williams.

Cecil J. Williams, a native of Orangeburg, is a professional photographer, videographer, publisher, inventor, author of 6 books, and architect of six residences that became his home and photography studio. In May 2006, he published a photo-documentary entitled Out of the Box in Dixie. Unforgettable, the sequel to that publication was released February 2018. Williams received a degree in Art from Claflin University. By the age of nine, he had already begun his career in photography, having fallen in love with the profession after acquiring a hand-me-down camera from his family. By 15, he was working professionally and as a freelancer for such publications as JET, the Afro-American and the Pittsburgh Courier and as a stringer for The Associated Press. In addition to owning Cecil Williams Photography, LLC, Claflin University recently appointed Williams as Historic Preservationist. In December 2017, Williams received the Order of the Palmetto, the state’s highest award to an individual, from Governor Henry McMaster.

On Tuesday, September 24, 2019, Claflin University will host a public program featuring Cecil J. Williams speaking about the collection, its history, and the ongoing digitization efforts. The program will take place at 6:00 p.m. at the H.V. Manning Library at Claflin (400 Magnolia Street, Orangeburg, SC 29115). The event is free and open to the public.

“I Was Born to Be in a Library”: Pat Conroy’s Great Love of Libraries – Facebook Event

A Sincere Thank You

Horse Creek: A Tale Worth the Telling – Facebook Premiere