Columbia Commemorates the 150th Anniversary of the Burning of Columbia 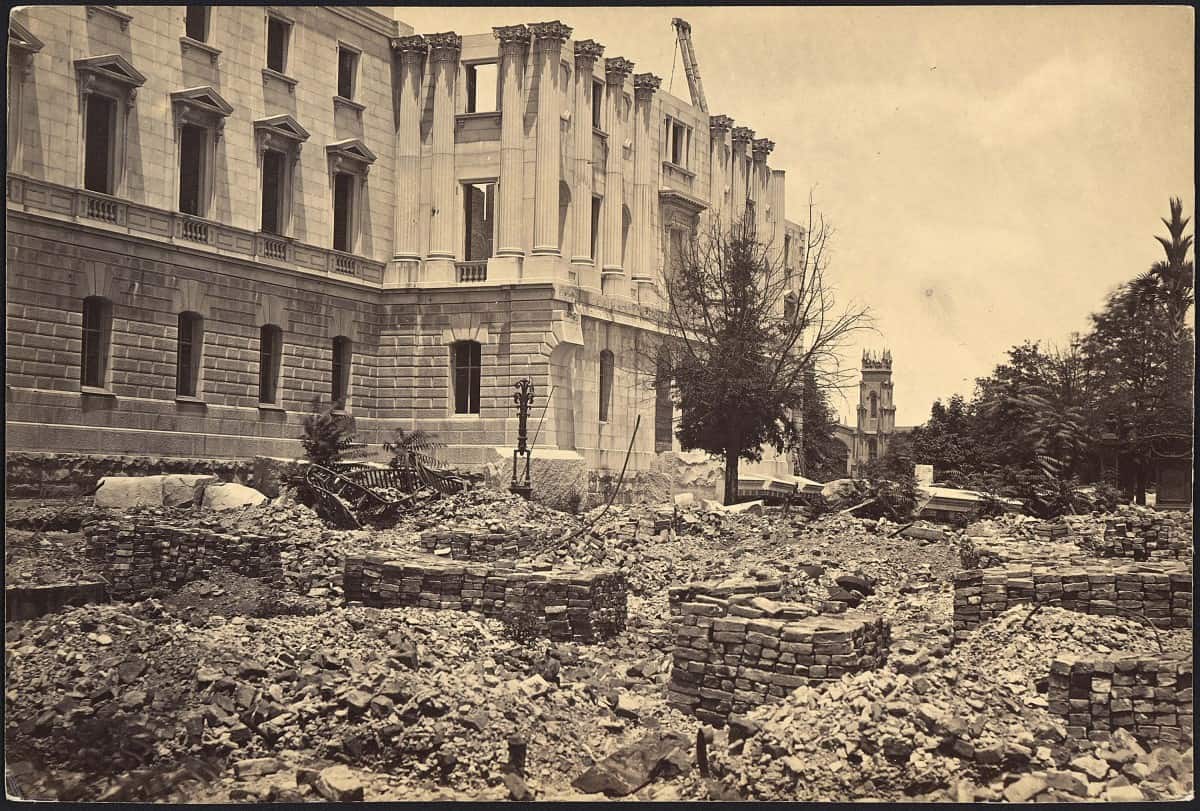 A multidisciplinary coalition of organizations and agencies is launching a two-month-long initiative to study and commemorate the 150th anniversary of the burning of Columbia, SC that took place on February 17, 1865 during the last months of the Civil War. Events will include lectures, exhibits, tours, films, public discussions, and visual and performing arts. SC Humanities supported this effort with a Major Grant in September 2014.

On February 17, 1865, Columbia surrendered to Maj. Gen. William T. Sherman’s Union army, and Wade Hampton’s Confederate cavalry retreated. When fires began in the city, high winds spread the flames, and most of the central city was destroyed, including the old South Carolina State House and the interior of the incomplete new State House. The exact circumstances of the burning of Columbia have been hotly-debated ever since the war ended.

The wide-ranging slate of programs and activities will explore the events of February 17, 1865 as well as the immediate and long-term ramifications of the burning of South Carolina’s capital city. The full list of planned events can be downloaded here or viewed on www.burningofcolumbia.com.

A full day of events will take place on Tuesday, February 17, 2015. The day will begin at 9 a.m. with Columbia Burning: A Sesquicentennial Reappraisal, a symposium featuring scholars and authors discussing the burning of Columbia and civic dialogue on difficult pasts, as well as a period luncheon and presentation on 19th-century foodways. At 4 p.m., the SC Department of Archives and History will unveil the official historical marker for the burning on the 1200 block of Main Street. At 5 p.m., the official commemoration ceremony will be held in Boyd Plaza, featuring speakers, music, poets and the premier of two performance art pieces created for the occasion. Following the ceremony, attendees can explore exhibits, performances, readings and more on Main Street.