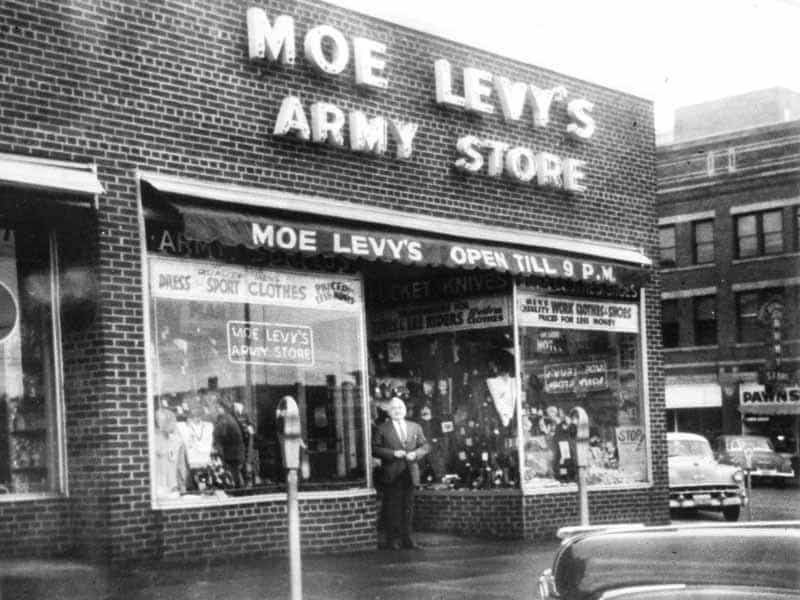 The Jewish Historical Society of South Carolina (JHSSC) and Historic Columbia will hold a joint meeting, “A Tale of Two Cities (and a few small towns)”, on Saturday, November 7 and Sunday, November 8, that features the dedication of a historical marker, lectures, panel discussions, and walking tours in Columbia and Orangeburg exploring and examining Jewish history in these cities and other areas of South Carolina. The two-day conference is one of several Columbia Jewish Heritage Initiative events in the coming weeks. The Humanities CouncilSC supported the Columbia Jewish Heritage Initiative with a Major Grant in September 2015.

“Columbia’s Jewish roots extend deep into the soil of the South Carolina midlands,” says Belinda Gergel, JHSSC past president. “Jews have been a part of the city’s history from the day Columbia became the new state capital in 1786 and continue to make a significant impact today.”

Historic Columbia has launched the long-term Columbia Jewish Heritage Initiative in partnership with Columbia’s Jewish Community Center and Jewish Federation, the College of Charleston’s Jewish Heritage Collection, Richland Library, and JHSSC. The project aims to record oral histories, and to collect photographs, historic documents, and Jewish memorabilia, while promoting awareness of the longevity and tenacity of Jewish life in the capital city. The initiative is made possible by the ongoing support of the Central Carolina Community Foundation and SC Humanities.

On November 7, A Tale of Two Cities will be held at Agape Senior Conference Center from 11:30 a.m. to 4:45 p.m. and includes lunch, presentations, panel discussions, and a walking tour exploring Jewish merchants past and present in Columbia’s commercial district.  The day concludes with a reception at the Big Apple (1000 Hampton Street).

Sunday, November 8, the meeting will move Orangeburg to unveil a historical marker on Russell Street, the heart of the business district, visit the Sunnyside Hebrew Cemetery, and present a panel on the region’s network of Jewish families. Attendees will learn about local notables, such as Nobel-prize winner Robert F. Furchgott, whose parents ran a women’s clothing store and who discovered his passion for biochemistry while a student at Orangeburg High School.

The registration fee is $50 for both days and $30 for a single day.  To register of learn more about the program, visit http://jhssc.org/events/upcoming/.

The conference occurs amidst other Columbia Jewish Heritage Initiative events including walking tours, discussions, and films.  For listings and details, please see below:

Second Sunday Stroll | Jewish Merchants, Past and Present, in Columbia’s Commercial District
November 8, 2:00 – 3:00 p.m.
Join Historic Columbia for a Second Sunday Stroll down Main and Assembly streets!  This guided walking tour will highlight Columbia’s Jewish Heritage and explore how Jewish merchants have shaped this downtown district. The tour will begin in front of Michael’s at 1620 Main Street, travel down to Lady Street where the tour will cross over to Assembly Street, then end at The Big Apple on Hampton Street. Visit historiccolumbia.org

Jewish Film Festival: 24 Days
November 8, 7:30 – 9:00 p.m.
Nickelodeon Theatre
Later to become a national scandal, in 2006, a young Jewish man was kidnapped in Paris and held for ransom. 24 Days dramatizes the three weeks during which he was held hostage and tortured as his parents tried to convince the police investigators that they were dealing with a hate crime. Both a taut thriller and an investigation of rising anti semitism in France, 24 Days is a searing historical drama. There will be a post-film discussion on intolerance and hate crimes led by with Geraldo Cruzado, Anti-Terrorism/OPSEC Officer, Soldier Support Institute at Fort Jackson. Sponsored by Historic Columbia and Central Carolina Community Foundation. Visit columbiajewishfilmfestival.com

Civil Rights Sundays:  Rosenwald
November 15, 2:00pm
Nickelodeon Theatre
A part of Civil Rights Sundays and The Columbia Jewish Film Festival. As the chairman of Sears, Roebuck, and Co., Julius Rosenwald amassed a fortune, yet he dedicated himself to tzedakah—the Jewish tradition of charity—becoming one of the most generous philanthropists for Black Americans in the midcentury. He founded schools in the Jim Crow South and awarded fellowships to luminaries from Baldwin to DuBois. That you haven’t heard of him before this portrait was part of his humble project. There will be a post-film panel discussion including Dr. Tom Crosby and Dr. Jessica Elfenbein. Sponsored by Historic Columbia and Columbia SC 63.