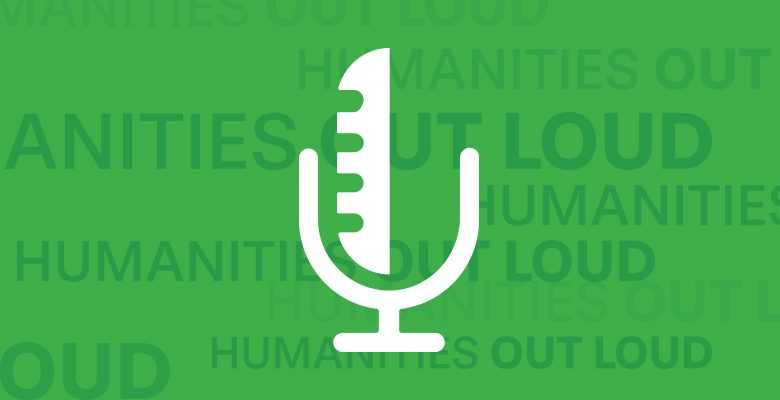 SC Humanities is pleased to announce that eight new speakers have joined the Speakers Bureau: Humanities Out Loud program in 2021. Offering a variety of interesting programs from “The History of Black Children’s Literature” to “Public Health and Pandemics in the Atlantic World” to “From Gone with the Wind to Steel Magnolias: In Search of the Real Southern Woman,” these eight scholars are available to speak for public audiences at nonprofit organizations or public institutions across the state. The Speakers Bureau program is one of the longest-running and most popular programs offered by SC Humanities.

SC Humanities makes the Speakers Bureau program available to South Carolina organizations at a reasonable cost. SC Humanities provides $250 towards a speaker’s honorarium. Any other costs (travel, additional honorarium) are negotiated between the speaker and the sponsoring organization. A one-page application must be submitted at least four weeks in advance of the program date. Find out more about the Speakers Bureau!

The eight new speakers are:

Claudia Smith Brinson worked as a journalist for 33 years in Florida, Greece, and Columbia, SC, where she was a national columnist and writing coach for Knight-Ridder when the chain owned The State. Her reporting at The State won more than three dozen state and regional awards. The first person to win Knight Ridder’s Award of Excellence twice, she was a member of the team whose Hurricane Hugo coverage was a Pulitzer finalist. She also served as an associate editor on The State editorial board. Her short fiction awards include the O. Henry. She was named a SC Woman of Achievement by the SC Commission on Women and a SC Journalist of the Year by the SC Press Association. From 2006-2016, Brinson held the Harriet Gray Blackwell Endowed Professorship at Columbia College, where she led the Writing for Print and Digital Media program. Her papers are included in the Archiving SC Women Project, Dr. Mary Baskin Waters Collection, at SC Political Collections, USC.  “Stories of Struggle: The Clash Over Civil Rights in South Carolina,” published by USC Press, is Brinson’s decades-long investigation into and collection of the personal stories of Black civil rights activists. Brinson interviewed more than 150 activists to tell true stories of white supremacy and civil rights in South Carolina from 1940-1969.

Her topics include: “Rev. James Myles Hinton Sr. and the NAACP Challenge White Supremacy – and Win,” “Briggs v. Elliott: How Brown v Board of Education Began in South Carolina,” “The Petitioners of Briggs v. Elliott: ‘Because It Was Right.’” “A Bus Strike and Sit-Ins Led from a Wheelchair: Rev. Cecil Augustus Ivory Sr.,” “The “Soul Power“ of South Carolina Sit-Ins,” “1969 Charleston Hospital Strike: 400 Black Women, a Union, and the Southern Leadership Conference,” “Education and the Vote: Then and Now,” and “Collecting and Telling Others’ Stories.” 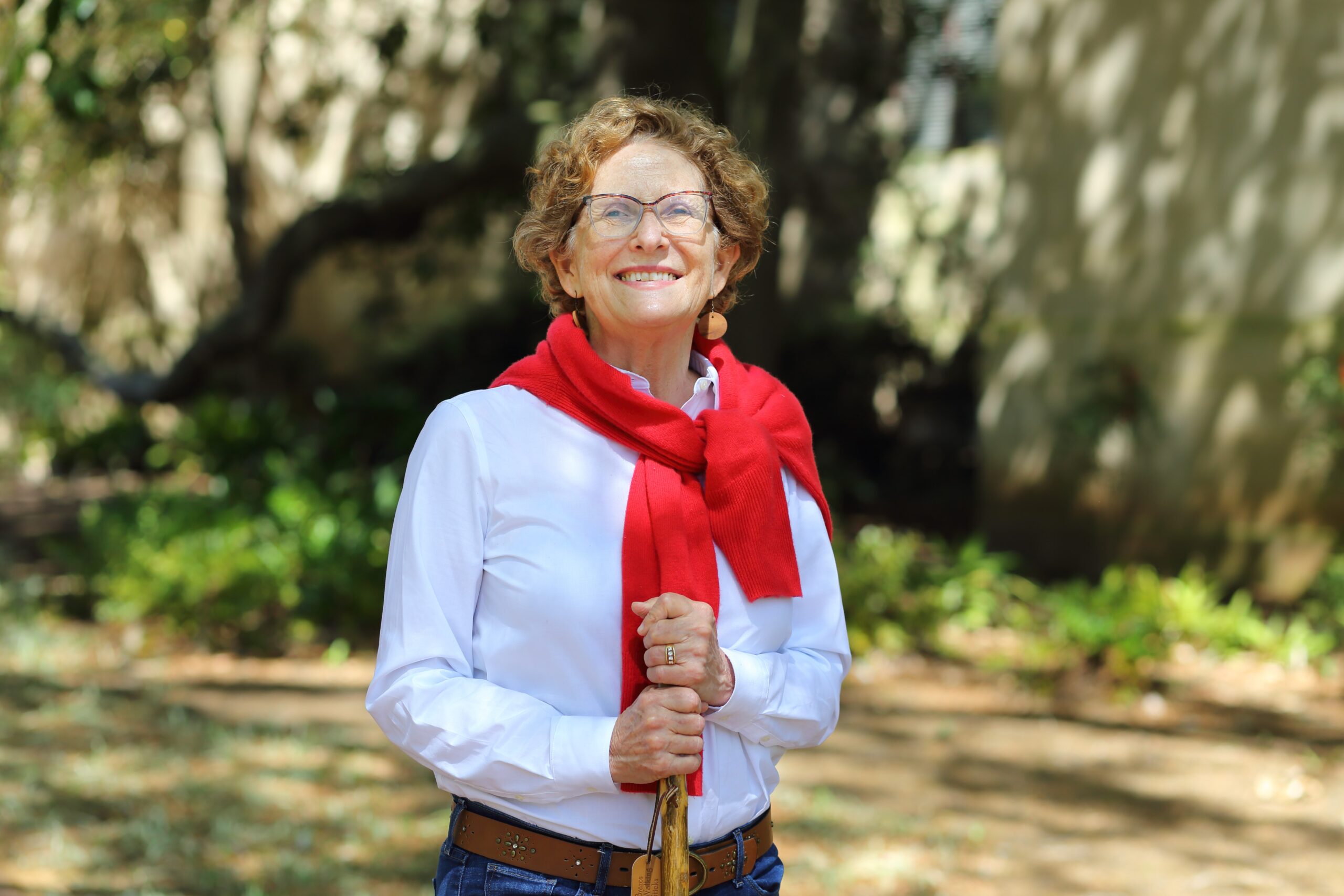 As a girl in rural Texas, Ann-Chadwell Humphries competed in poetry recitation. After retirement, she took community writing classes, then graduate poetry classes at UofSC, and online classes with the University of Iowa, the University of Pennsylvania, and the Hadley Institute for the Blind. Last year, Muddy Ford Press selected Ann as the second in their Laureate series to publish her first book of poetry, An Eclipse and a Butcher. Winner of poetry contests, awards, and scholarships, Ann regularly has work published everywhere from literary journals to city buses. A rogue gene, retinitis pigmentosa, gradually diminished her peripheral vision to a pinpoint, but Ann sees with more than her eyes—she sees with her whole being. Ann reads and writes using assistive technology. She has been designated a Notable Woman of South Carolina by UofSC’s Special Collections Library, who is currently in the process of archiving her poetry papers.

Her topics include: “A Poet and the Gift of Blindness,” “Why Not Me? The Story Behind Creating and Publishing An Eclipse and a Butcher,” “Poetry: A Superpower for Our Time,” “Who Knew? Clara Barton and Harriet Tubman in South Carolina during The Civil War,” and “Gamechanger: The Life and Writing of Julia Mood Peterkin.” 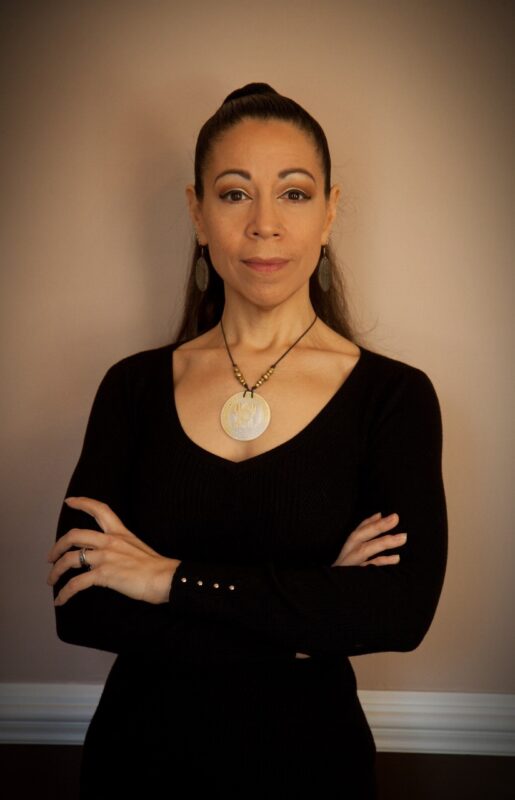 Dr. Courtney Lewis is an Associate (tenured) Professor at the University of South Carolina – Columbia. This position is joint between the Department of Anthropology (housed) and the Institute for Southern Studies. During the spring semester of 2020, she was the Mellon Visiting Professor of Justice, Equality, and Community in Anthropology at Davidson College.

In 2012, Dr. Lewis earned her PhD at the University of North Carolina-Chapel Hill in the Department of Anthropology. This followed two degrees in economics (B.A. University of Michigan, M.A. Wayne State University). She then began as the Andrew W. Mellon Postdoctoral Fellow at the Center for the Americas at Wesleyan University–Middletown, CT in the fall of 2012.

Dr. Lewis is an enrolled citizen of the Cherokee Nation. 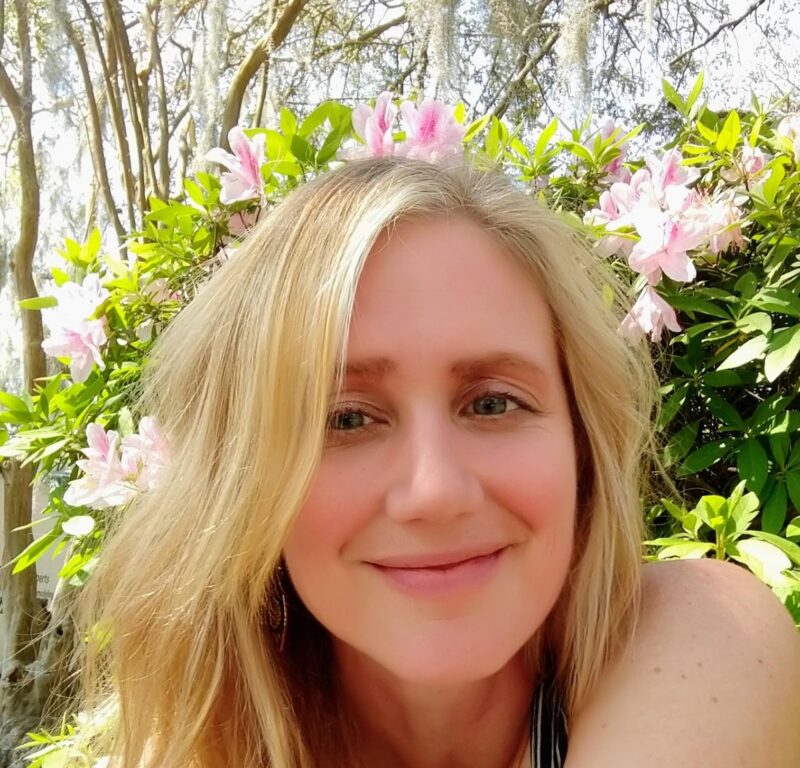 Erin R. McCoy is an Associate Professor of English & Interdisciplinary Studies at the University of South Carolina Beaufort. Her forthcoming book, about the cultural historiography of the Viet Nam War through music, is under contract with McFarland Publishers. For that book, Dr. McCoy traveled to Australia, Laos, Cambodia, and of course, Viet Nam with the help of USC RISE funding. Dr. McCoy lectures on music as a lens with which to look at history and culture and has presented her research around the world. She has been a guest on Vietnam Veterans Podcast, and her recent essay (March 2021) on Feminism in Higher Education was featured in the Oh, the Humanities newsletter. 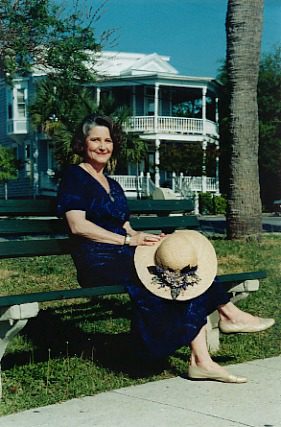 Having lived all over America and journeyed through much of the world, Ruth Miller is a former high school teacher with many lives. As a certified Charleston guide, she co-founded Charleston Strolls, the city’s first daily walking tour and grew that tour business for over twenty years. Since she sold the business, she has worked as an independent speaker and tour guide. Her wide-ranging interests have led her to write the children’s book, Charleston Charlie, and co-author Charleston’s Old Exchange and Provost Dungeon: Witness to History, Touring the Tombstones: Guides to Charleston’s 18th Century Graveyards, The Angel Oak Story, and Slavery to Civil Rights: A Walking Tour Guide to African-American Charleston. As a public historian, educator and storyteller, she enjoys tying LowCountry history into the American story and worldwide events. She makes a special effort to relate her presentations to an individual group’s interests and experience.

Her topics include: “The Surprising Story of Charleston and the Carolina LowCountry,” “Slavery to Civil Rights: A Tour Through Time of Charleston’s African-American History,” “Touring the Tombstones: Charleston’s 18th Century Graveyards Tell a Tale to be Remembered,” and “Brethren of Spade & Pruning Knife: The Naturalists & the Carolinas.” 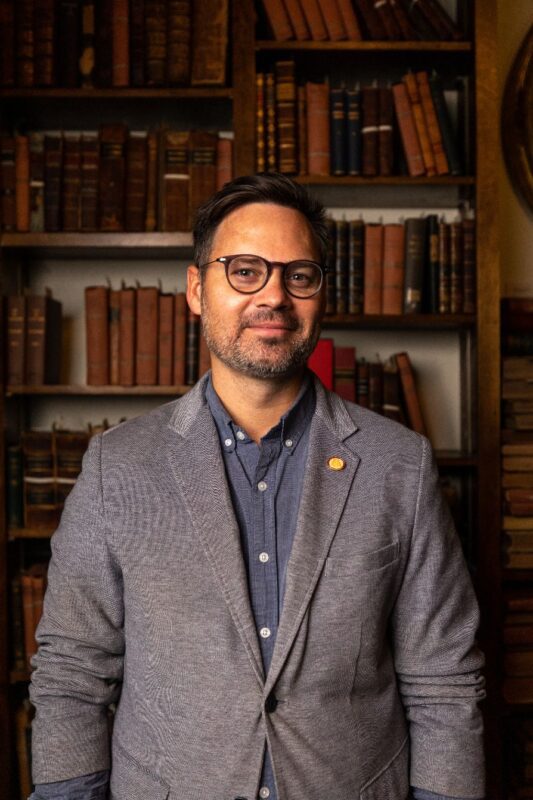 Dr. Jacob Steere-Williams is a historian of epidemic disease, particularly in nineteenth and early-twentieth century Britain and the former British colonies. He received his Ph.D. from the University of Minnesota and began teaching at the College in 2011. Dr. Steere-Williams is a faculty affiliate with a number of campus programs, including the British Studies minor, the Medical Humanities minor, the Geography minor, the Carolina Lowcountry & Atlantic World Program (CLAW), and the Urban Studies Program. He also works closely with the Waring Historical Library on the campus MUSC, where he currently serves as the Vice-President of the Waring Historical Society. Professor Steere-Williams is the author of the 2020 book The Filth Disease: Typhoid Fever and the Practices of Epidemiology in Victorian England, published by the University of Rochester Press in the Studies in Medical History series.

His topics include: “COVID-19 in Historical Perspective,” “Public Health and Pandemics in the Atlantic World,” “South Carolina’s Medical Past,” and “The Medical University of South Carolina: An Interactive History.” 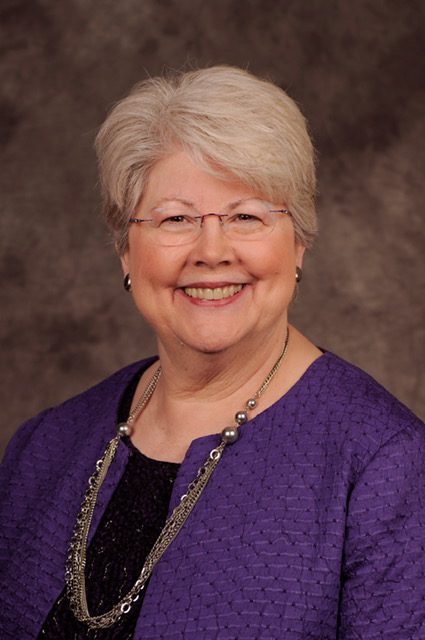 Dr. Alice Taylor-Colbert earned Masters’ and Ph.D. degrees in American Studies from Emory University in Atlanta, Georgia.  She served 5 universities as an American history and public history professor and academic administrator.  Since 1988, she has served as an editorial board member of the Journal of Cherokee Studies. In 2004 she participated in a Fulbright-Hayes summer program in South Africa. Taylor-Colbert is a museum curator and archivist and former president of the Georgia Association of Historians.  She currently serves on the boards of the South Carolina Historical Association and the Georgia Trail of Tears Association.  As an independent consultant, Taylor-Colbert works as Development and Special Initiatives Officer of South Carolina Humanities.

Her topics include: “Cherokee Women—Invincible Spirits,” “From Gone with the Wind to Steel Magnolias: In Search of the Real Southern Woman,” and “Cherokee Crossings: The Ridge Family and Cultural Change.” 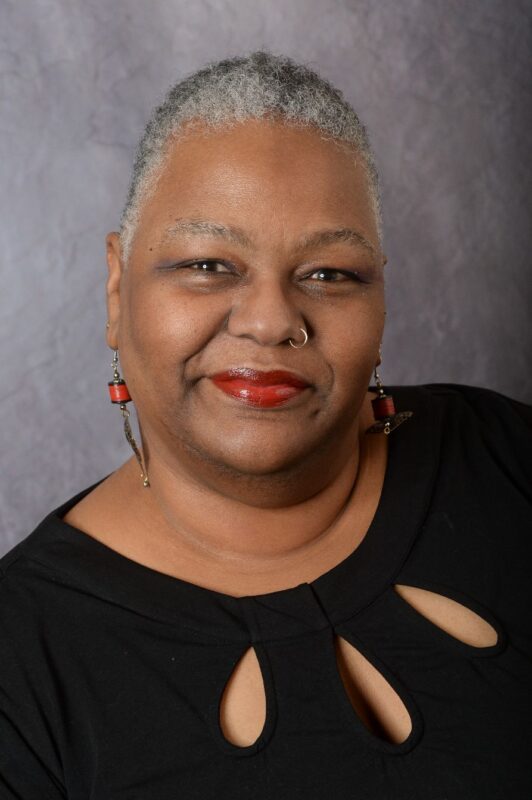 Nancy D. Tolson is the assistant director of the African American Studies Program at the University of South Carolina. She received a MA and PhD from the University of Iowa, researching the history and development of Black children’s literature and Black folklore. Tolson has been a Ford Fellow, NEH facilitator, Fulbright scholar/lecturer at the University of Cape Coast (Ghana), and an Illinois Humanities’ “Road Scholar”. She has been a storyteller for as long as she has been able to talk and is proudly a storyteller at the Augusta Baker’s Dozen Storytelling Festival (Columbia, SC) since 2015. She is a commissioner for the Columbia Museum of Art, as well as an active docent.

To learn more about our eight new speakers and see their full topic descriptions, visit the Speakers Bureau roster. There are also 40 additional speakers to peruse and request. For more information about the Speakers Bureau: Humanities Out Loud program, please contact T.J. Wallace at tjwallace@schumanities.org or 803-771-2477.