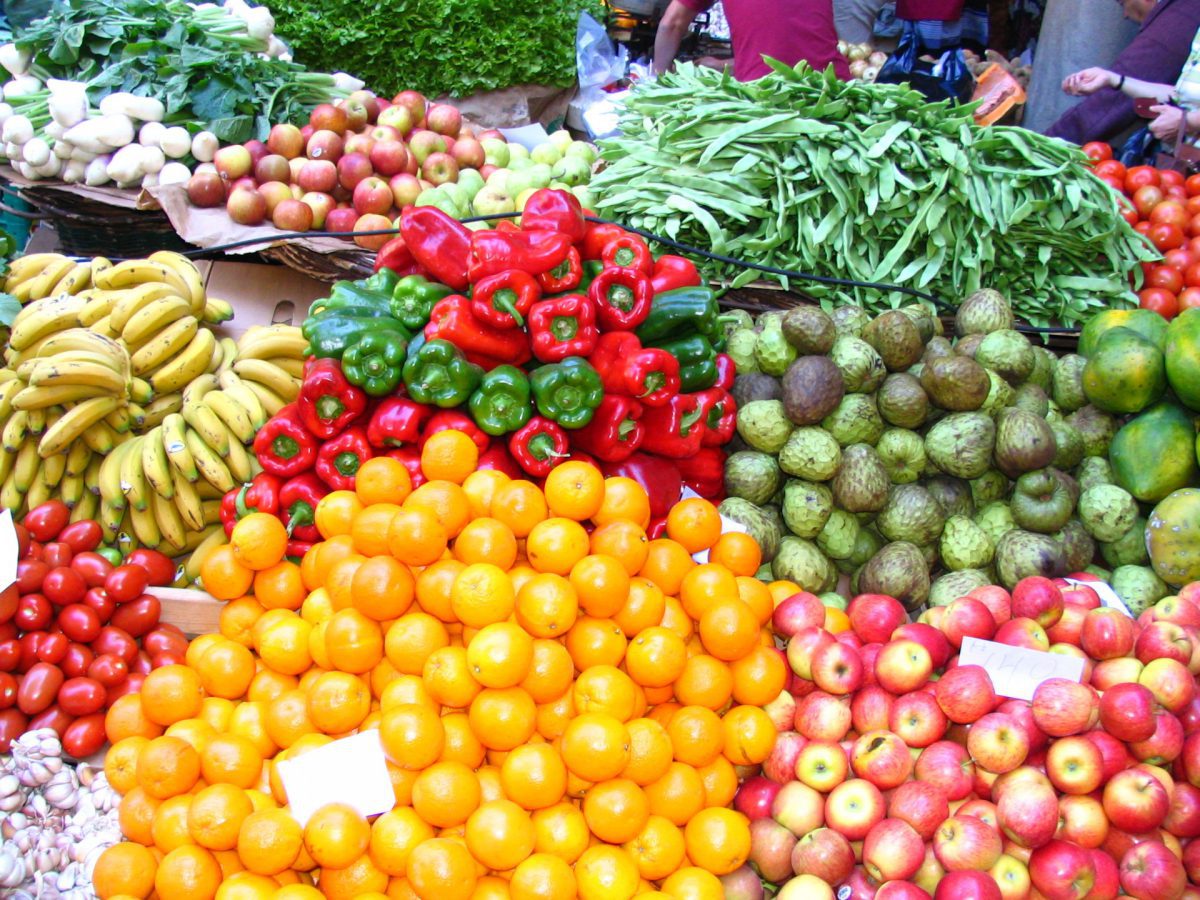 The College of Charleston will host “Global Foodways” from September 2018 – April 2019. “Global Foodways” is a year-long interdisciplinary series of courses and public events promoting the message of global humanities. Three main themes will be addressed through the programming: Community of the Table, Sustainable Eating Practices, and Historical and Political Perspectives on Food. SC Humanities helped support this programming with a Major Grant.

A wide variety of events will take place, including public lectures, the production of a one-woman show called Oh My Sweet Land: A Love Story from Syria with talk-back events, a tour of religious spaces in downtown Charleston with a discussion of food and faith, and a film screening and discussion. More information about the “Global Foodways” programming can be found on the website: http://blogs.cofc.edu/global-foodways/events/.

On November 13, 2018, Global Foodways will pair with Mount Pleasant group Creekside Women’s Club to prepare and serve an internationally-themed meal to families of critically ill children at the Medical University of South Carolina (MUSC) Children’s Hospital.

“I envision this as an opportunity for faculty, students, and members of the community to come together to do something useful and meaningful with international food traditions,” says Project Director Lauren Ravalico. “I have been working with many different people – including students who have studied abroad and fell in love with certain dishes – to curate a really special menu for the home-cooked dinner we will serve.”

Other events in the program series include:

January 28, 2019
2nd Annual Food and Faith Jewish-Muslim Dinner
Join in discussing and eating shared classic foods of the Jewish and Muslim religious traditions. This event is co-sponsored by the Department of Religious Studies and the Yaschik/Arnold Jewish Studies Program. r, C. Douglas Dillon Professor of the Civilization of France at Harvard University, will deliver a public lecture and act as a film discussant on the literature, history, and culture of leftover food, the topic of her current book project. Her research on eating practices in nineteenth-century Paris, and in particular on the re-selling of rich people’s leftovers to the poor, brings together urban history and the socioeconomics of food in fascinating ways that are relevant to contemporary questions of food insecurity. Her lecture will be followed by a “scrappy” dinner and panel discussion with Dr. Robert W. Kahle, Joseph P. Riley, Jr. Center for Livable Communities at the College of Charleston, Margaret Grant, CofC Alumna and Director of Food Strategy at the Lowcountry Food Bank, and Mike Darrow, Executive Director of Feeding the Carolinas, the umbrella organization for North and South Carolina food banks which collect surplus and potentially throwaway food to nourish underserved and homeless populations.

March 2019
Film screening of Agnès Varda’s The Gleaners and I
Friday, March 29, 4:00p.m., location TBD
On the second day of her visit, Dr. Beizer will lead an informal discussion with Dr. Lauren Ravalico (Assistant Professor of French) following the public screening of Agnès Varda’s film The Gleaners and I, which is a French documentary (with English subtitles) about modern practices of gleaning, or collecting various sorts of leftovers. Thursday, April 4, 1-3 p.m.: College of Charleston Student Activist Intervention Showcase. Inspired by the play, Oh My Sweet Land, A Love Story from Syria, by Amir Nizar Zuabi, students from the College of Charleston’s Feminist Theatre class will install works of activist performance and performance art at the Bob Waggoner Kitchen, located one block from campus at 164A Market St, downtown Charleston. These installations will be facilitated by student dramaturgs from CofC’s Dramaturgy course.

Thursday, April 4, 5:30-7:30p.m.: Welcome Reception. This will be an opportunity for artists, activists, sponsors, and interested community members to gather for a reception to celebrate the event amidst the CofC student visual installation pieces and also to get to know one another before the panel on Friday evening. Invited guests will include: sponsors, faculty who are involved with the project, other relevant faculty, community members, guests who are in town, student workers. 30-50 people, held at the Bob Waggoner Kitchen. This event will be catered by Leyla Fine Lebanese Cuisine.

Friday, April 5, 5:30 – 8:30p.m.: “Refugee Life/Refuge of Food” Panel Presentation. This is our food-art-integrative event. Mayadi Anjari will do a cooking demonstration, Osama Alomar will read poetry, Shadi Martini will talk about his work as the Director of Humanitarian Relief and Regional Relations at the Multifaith Alliance for Syrian Refugees, and Dr. Shayna Silverstein, Assistant Professor in the School of Communication at Northwestern University, an expert in performance and popular culture in the contemporary Middle East, will discuss her work with Syrian dance traditions. Trident will cater, with tastings from the dishes that Mayada will prepare. Mayada and Osama will sign books following the discussion. This will be held at the Trident Auditorium.

Monday, April 8, 5-6:30p.m.: Guest Artist Cynthia Croot: Cynthia will show the short film, “Mare Nostrum,” directed by Rana Kazkaz and Anas Khalaf, both of whom are Syrian refugees. The film is a moving portrait of a father with no options trying to help his daughter during Syria’s present. Croot will facilitate a student discussion of the film, the situation of parents in the current crisis, and the situation of artists trying to communicate their experience. She will also share her experiences of developing work as an activist artist developing work in and about Syria. This discussion will be held in CofC Theatre Hall, Simmons 220 (pending approval).

April 2019
My Food Is My Flag: A Conversation about Jewish, African American, and Southern Foodways While food may seem simple, what people eat is shaped not only by geography and the environment, but also by culture, religion, and the interaction of different groups over time. Join food historian Marcie Cohen Ferris and James Beard Award–winning chef and author Michael Twitty for a conversation about two communities that have been cooking and eating in the South from the colonial period to the present day: Jews and African Americans. Drawing on their influential books, Matzo Ball Gumbo: Culinary Tales of the Jewish South and The Cooking Gene: A Journey through African American Culinary History in the Old South, Ferris and Twitty will reflect on how foodways can illuminate our understanding of the region and its people.
This event is sponsored by the Yaschik/Arnold Jewish Studies Program. Contact Dr. Shari Rabin for more information (rabinsl@cofc.edu).

Dr. Carla Martin, Founder and Executive Director of the Fine Cacao and Chocolate Institute (FCCI) and Lecturer in the Department of African and African American Studies at Harvard University on the Global History of Chocolate. Her visit will coincide with a “beans to bar” lesson and chocolate tasting session with local sustainable chocolatier Bethany Nunn.

Sunday, April 28, 2019
The Spirited Brunch
A self-guided spiritual and edible tour of downtown congregations is tentatively planned for Sunday, April 28. The event is co-sponsored by the Department of Religious Studies, the Post & Courier, and the Charleston Inter-religious Council.