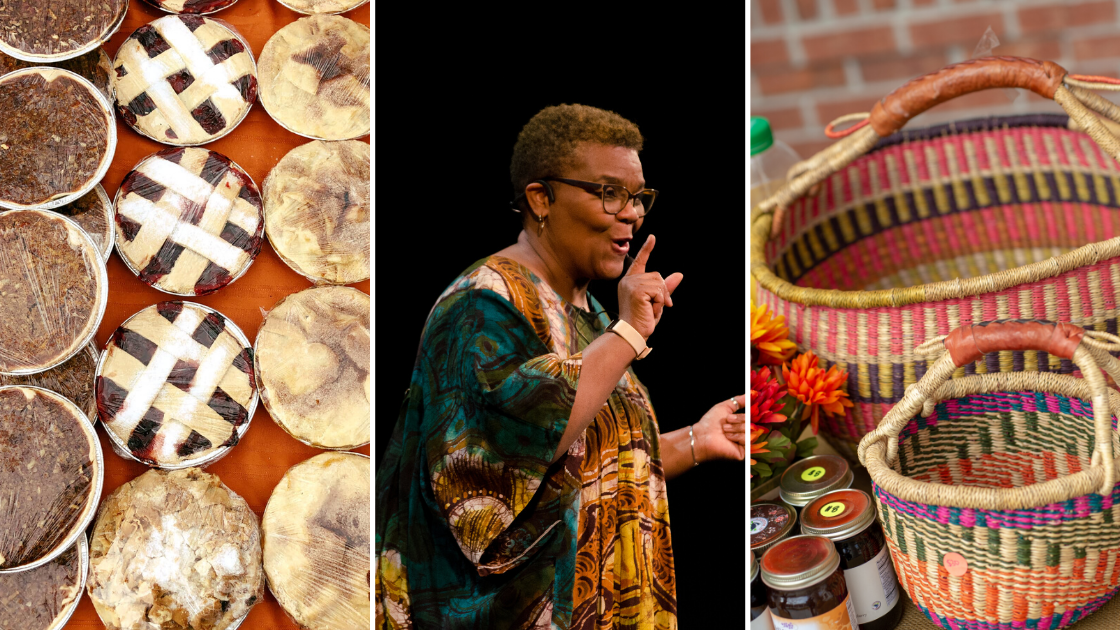 The City of Conway and the Athenaeum Press at Coastal Carolina University are hosting an event to celebrate the Gullah Geechee community. “Gullah Geechee Community Day” will take place on Saturday, March 7, 2020 from 10:00 a.m. – 4:00 p.m. in downtown Conway. Various venues will feature Gullah and lowcountry foods, lectures, and performances, all showcasing the Gullah Geechee culture. SC Humanities supported this program through a Hometown Humanities grant award.

The goal of the Gullah Geechee Community Day is to highlight the significance of Gullah Geechee cultures and the wider African diaspora to both Horry and Georgetown Counties. Gullah Geechee refers to the descendants of enslaved individuals, predominantly from West Africa, who retained many of their African traditions and cultures because of their relative isolation from the rest of the world. (C.f. National Park Service. Low Country Gullah Culture Special Resource Study and Final Environmental Impact Statement. Atlanta, GA: NPS Southeast Regional Office, 2005.)

Decorative trolleys will transport guests from the artisan market at the Conway Visitor Center to performances and workshops at the Horry County Museum, lectures and films at City Hall, and showcases at The Hut. Food trucks offer tastes of Lowcountry and Gullah cuisines. The event is free and open to the public.

This event is part of the International Gullah Geechee and African Diaspora Conference, hosted by Coastal Carolina University from March 4-7, 2020.

A wide variety of programs and events are planned during Gullah Geechee Community Day. A sampling of events are provided below. The full schedule information can be seen HERE and HERE.

2:00 – 3:00 p.m. | Discovering Dave Film Screening
Featuring George Wingard, Co-Producer
Location : The Hut, First United Methodist Church, 1001 5th Ave, Conway, SC 29526
The Alkaline-Glazed, Edgefield Potter Dave lived in and worked his whole life in Edgefield, South Carolina as a slave to several families. Today his jars, churns, and pots – some dated with his name and a verse, are found primarily in private collections and museums around the country/world. The film runs 47 minutes and would be introduced with a short verbal presentation and followed with anecdotes of filming and a Q & A. The producer will also bring two examples of Dave’s pottery for the audience to interact with.

3:00 – 4:00 p.m. | Workshop: Beyond Pottery: Design and History of Colonoware
Location: Horry County Museum (Second Floor Classroom), 805 Main St, Conway, SC 29526
Jon Marcoux, Director of Graduate Program in Historic Preservation, Clemson/College of Charleston
Corey Ames Heyward, Wexler Curatorial Fellow, Drayton Hall
“Colonoware” is a form of hand-built earthenware pottery made by enslaved Africans and Native Americans between the 17th and 19th centuries. In this public-facing workshop, Marcoux and Heyward invite the community to explore and interact with pieces of Colonoware pottery recovered from sites in the region (including the rouletted shards mentioned above). They will also demonstrate how to replicate the rouletted decoration, and we will produce a conference poster displaying the research component of the project (i.e., comparison to African examples, and maps showing the distribution of rouletted pottery in Africa). The goal of the workshop is to open dialog with and among members of Gullah Geechee communities about potting – a form of cultural heritage that has been eclipsed by practices like basket making.

More information about the Gullah Geechee Community Day can be found on the event’s Facebook page.