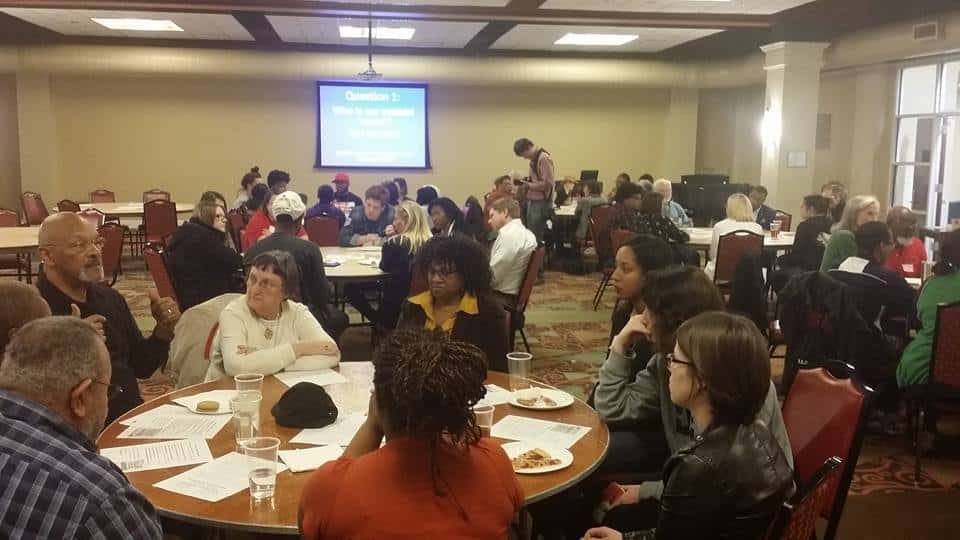 South Carolina Humanities received a grant from the National Endowment for the Humanities to coordinate programming on “Humanities and the Legacy of Race and Ethnicity in the United States.” The awarded funds will support thoughtful programming in Spartanburg, Greenville, and Columbia that will take place from November 2016 – June 2017.  All events are free of charge and open to the public.

In its invitation for funding proposals, the NEH stated: The humanities have the capacity to connect the present to the past and to the ways in which our history has shaped our understandings, predilections, and divisions; the humanities offer multiple avenues for the clarification and articulation of both our shared and conflicting values and principles; and the humanities demonstrate the power of stories to help us know ourselves in deeper ways and to reimagine our relationships.

In the Upstate, SC Humanities will partner with the group Speaking Down Barriers (www.speakdownbarriers.org/). They will coordinate “Healing Us, Learning Us,” an eight-month community-based process that includes three facilitated dialogue sessions per month. The dialogues are facilitated by skilled facilitators, including Dr. Dominique Chuku; Scott Neely; Marlanda Dekine; Davelyn Hill; Cody Owens; Crystal Irby; and Ada Bennett.

“Community Gatherings” will take place every first Monday of the month. Upcoming dates include Monday, March 6 and Monday, April 3 (6:00 – 8:30 p.m.), both at the First Presbyterian Church (393 East Main Street). These sessions invite transformative and healing dialogue around the barriers that separate people, including race, gender, sexual orientation, religion, national identity, and class. Every month features a different topic for dialogue and includes spoken word poetry.

“Healing Us” is a space for people of color who identify as black, African American, or of the African diaspora to engage in activities and dialogue focused on affirming and healing within the community. These dialogues are facilitated by Crystal Irby and take place every third Saturday of the month. Upcoming dates include Saturday, March 18 and Saturday, April 15 (11:00 a.m.) at the Phillis Wheatley Community Center (40 John McCarroll Way, Greenville, SC 29607).

“Learning Us” is a space for white people or people of European descent to work together to understand oppression as it exists within them and around them. This space is facilitated by Scott Neely and takes place on the second Monday of each month. Upcoming dates include Monday, March 13 and Monday, April 20 (6:00 p.m.) at the Phillis Wheatley Community Center (40 John McCarroll Way, Greenville, SC 29607).

Based on experience, Speaking Down Barriers believes providing space for interracial dialogue as well as separate spaces for people of color affinity groups and white affinity groups is a strengthening, affirming, and transformative approach to addressing the centuries-old pain of racial injustice and community division.

In Columbia, the Nickelodeon Theatre (http://nickelodeon.org/) presented a weekly film series celebrating Black History Month in February 2017 featuring the films Freedom Riders, The Black Power Mixtape 1967-1975, The Fits, and Fruitvale Station. Talkbacks with guest panelists took place after each film. The film screenings were all sold out.

South Carolina Humanities anticipates that these varied programs will invite important public discussion of the persistent social, economic, cultural, and racial issues that divide our communities.