Living by the Rails: The History of Lowcountry Railroads 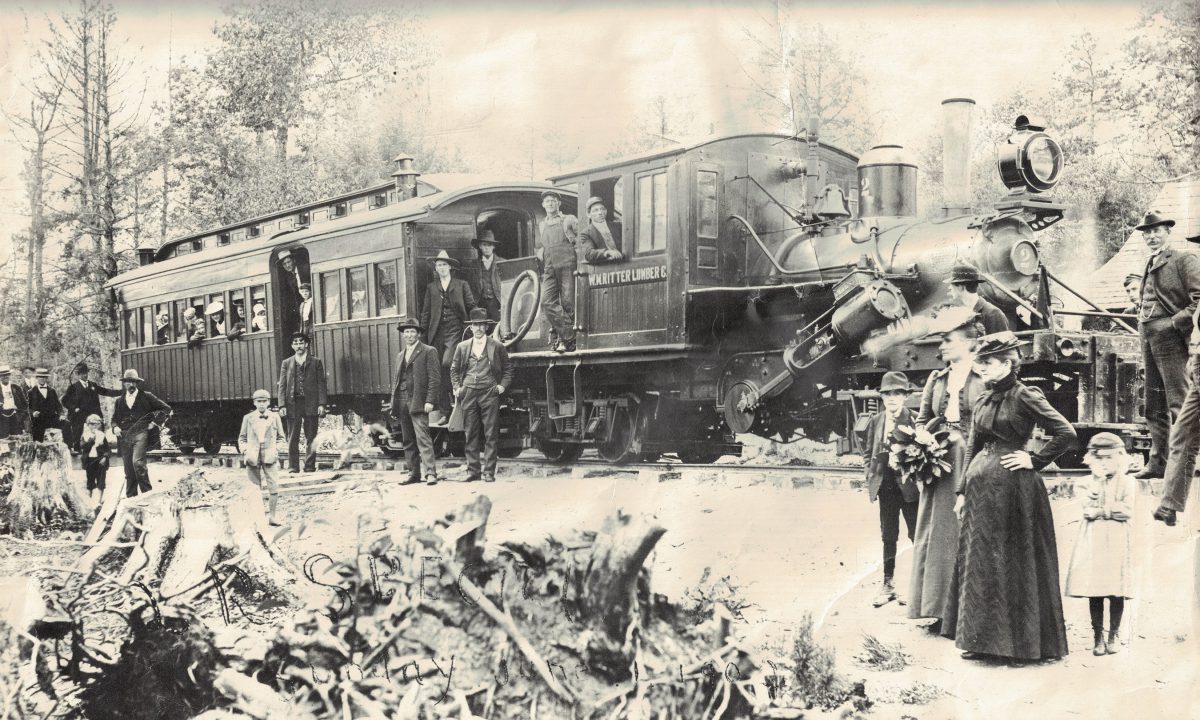 The Morris Center for Lowcountry Heritage will host the original exhibit Living by the Rails: The History of Lowcountry Railroads from April 28, 2018 – March 2019. The exhibit will examine the impact of railroad transportation in South Carolina’s Lowcountry. South Carolina Humanities supported this program with a Major Grant.

Living by the Rails: The History of Lowcountry Railroads will tell the stories and personal anecdotes of men and women from Hampton, Jasper, Colleton, and Beaufort Counties who lived and worked with the railroads. The exhibit will also tell the history of railroads, from their early history in England all the way through their history in South Carolina.

A highlight of the exhibit is a documentary film featuring local noteworthy, retired railroad workers and civilians sharing their firsthand accounts about working for and living by the rails. The film, produced by Dana Rose Productions, connects the past and the present while showing how the railroads changed travel and trade in the Lowcountry.

The Morris Center will be hosting a grand exhibit opening on Saturday, April 28, from 1:30pm to 4:00 pm. This event will be free and open to the public. Guest speaker, Rodger Stroup, will share the history of Lowcountry Railroads. He will reveal the accounts of the Port Royal line, the Hampton and Branchville, and the Charleston and Savannah railroad. The Morris Center will also offer live music, reenactors, and children’s activities such as a face painting station and a bouncy castle. The celebration will begin at 1:30 pm with a special ceremony to commemorate the grand opening of the exhibit.

Additional public events are planned throughout the exhibit’s tenure, including the following:

Thursday, May 31, 2018, 5:30 p.m.
A Technical Look at Steam Locomotive History
Join Terry Koller for a special presentation on the history of steam locomotives! These steam-powered behemoths rip and roared their way across the United States during the 19th and early 20th centuries. Mr. Koller, Manager of Railroad Operations at the Georgia State Railroad Museum, is fascinated with machines. His expertise working with the steam and diesel locomotives of day’s past allows him to keep the technology and history alive and breathing.

Thursday, June 21, 2018, 5:45 p.m.
Railroads & The American Civil War
Still a debated topic to this day, the American Civil War was a historic conflict between the Northern and Southern states rooted in economic differences, social inequalities, and political upheaval. However, a critical theme is often overlooked when considering the trajectory of the Civil War: the railroad. Contributing to nearly every aspect of the era, the railroad industry during the 19th century was responsible for the accelerated expansion of territory and industry in the developing United States and was a pivotal element in the downfall of the Confederacy. During this interactive program, attendees will analyze the growth of the railroad industry in relation to escalating tensions prior to the outbreak of the Civil War, investigate how the railroad was utilized in military strategy, and also examine the impact of railroad infrastructure during Reconstruction.

Tuesday, August 21, 2018, 4:30 p.m.
45-Minute Lecture Plus Q&A session African American Stories on the Railway
Coastal Heritage Society Manager of Interpretation Emily Beck will examine African American stories specific to the Central of Georgia Railway in the city of Savannah. Highlighting individual workers such as John Wesley Whitaker, the Central’s first African American locomotive engineer, and using primary source materials such as historic site photographs, and related artifacts, this lecture will give program participants an overview of the history of African Americans working for the Central from railroad’s inception in the 1830s through the Civil Rights era.

Friday, September 7, 2018, 4:30 p.m.
Railroad Technology & Communications
All aboard! This time, the train is coming to your classroom with the Railroad Technology & Communications student program offered by Coastal Heritage Society’s Mobile Museum. Delivered by interpreters at Georgia State Railroad Museum, students will dive into the history of railroading in the U.S. and examine how technological changes ushered by the railroad impacted our quickly expanding nation. Intertwining history with STEM, students will conclude the program with a broader understanding of how the railroad revolutionized the American way of life and all of the challenges the challenges that were overcome in the process.

Tuesday, November 20, 2018, 4:30 – 6:30 p.m.
Polar Express Pajama Party
Children are encouraged to wear their pajamas for the magical journey to the North Pole to find the true spirit of Christmas. The 2004 film is based on the children’s book of the same title by Chris Van Allsburg. Once onboard, all children who wear their pajamas to the movie will receive a free popcorn and nachos.