#MeToo the World Over: Hollywood to Kabul to Beijing 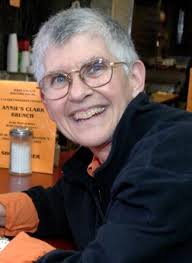 Winthrop University will present a keynote event featuring Dr. Cynthia Ensloe speaking about “#MeToo the World Over: Hollywood to Kabul to Beijing” on Monday, April 16, 2018. It will be the seventh and final event of a program series that started in September 2017. Dr. Ensloe (Clark University) will place the #MeToo movement into an international context. The free event will be live-streamed on Facebook and archived there. SC Humanities supported this program with a Mini Grant.

Dr. Cynthia Ensloe is the author of fifteen books, including The Big Push: Exposing and Challenging Persistent Patriarchy (2017); Globalization and Militarism: Feminists Make the Link (2016); Bananas, Beaches, and Bases: Making Feminist Sense of International Politics (2014); and Nimo’s War, Emma’s War: Making Feminist Sense of the Iraq War (2010). She is the recipient of numerous prizes such as the Susan B. Northcutt Award, presented annually by the Women’s Caucus for International Studies of the ISA to recognize “a person who actively works toward recruiting and advancing women and other minorities in the profession, and whose spirit is inclusive, generous, and conscientious,” and the Howard Zinn Lifetime Achievement in Peace Studies Award from the Peace and Justice Studies Association (PJSA).

In this April program at Winthrop, Ensloe will discuss the American tendency to imagine that any mobilizing that makes headlines in the US is a uniquely American movement. She will argue that the actual politics of sexual abuse and resistance to it is international – in war zones and in so-called peaceful societies where misogyny is the norm, touching on such humanities disciplines as politics, world cultures, and women’s and gender studies.

The program will take place on April 16, 2018 at 7:00 p.m. at Dina’s Place, a theater in the Digiorgio Campus Center on the Winthrop Campus. The event is free and open to the public. For more information, contact Dr. Jennifer Leigh Disney at disneyj@winthrop.edu.