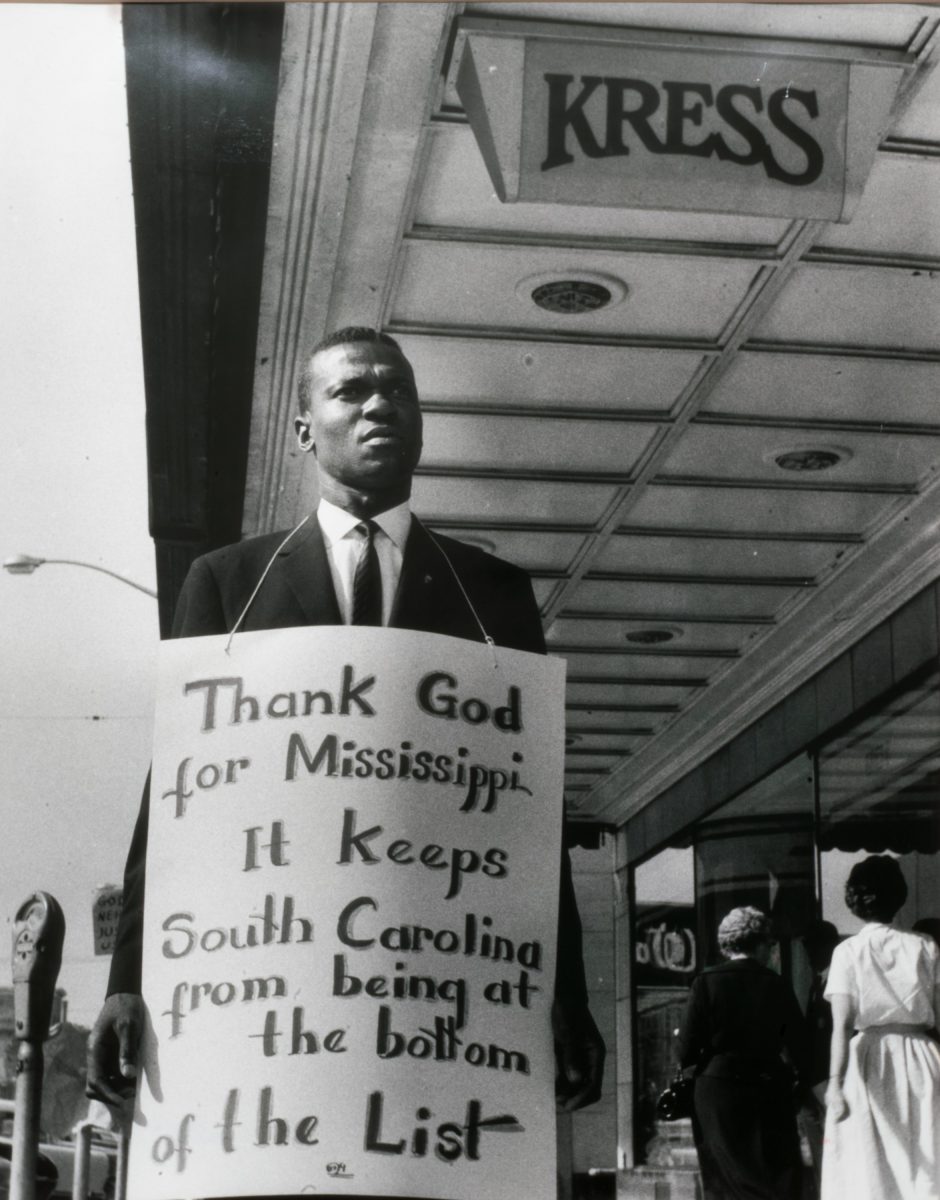 South Carolina State University will present programming in February and March 2018 intended to establish inter-generational dialogue regarding the changing meaning and significance of the term “Civil Rights” and commemorate and re-contextualize the Orangeburg Massacre. A variety of events are planned, including two art exhibitions, film screenings, and a community colloquium. SC Humanities supported this programming with a Major Grant in September 2017.

The goal of “Resistance, Reform, and Reasoning: The Orangeburg Massacre” is to bring the processes of the human capacity for reasoning to understanding this complicated moment in South Carolina’s history in a new context. Using the tools of photography, visual culture, and social media, the I.P. Stanback Museum at South Carolina State University will undertake to engender a critical conversation around the important role of civic engagement by students and young people in shaping the society in which we live.

February 8, 2018 – Cecil Williams  book signing and photographic exhibition, pertaining to The Aftermath of the Orangeburg Massacre.

February 8, 2018 – An Exhibition of Artworks: The Orangeburg Massacre 50 Years Later~ Tragedy and  Legacy – Artists Responses to this difficult, historic cultural event from our past

March 22, 2018 – Film viewing and Colloquium: Talking Black in America with a discourse on the film’s content presented by Dr. Tracey Weldon, Associate Dean & Associate Professor of Linguistics at the University of South Carolina; The I. P. Stanback Museum & Planetarium

For more information about this programming, please contact the I.P. Stanback Museum & Planetarium at 803-536-7174.

Cecil Williams
Leonard Glover Demonstrates Against Segregation, Columbia, SC
Leonard Glover was a participant in a lunch counter sit-in demonstration at Woolworth’s Department Store in Columbia when he was stabbed by an unknown Caucasian assailant.  After his wound healed, Glover adroitly returned to the picket lines to fight against racially motivated acts of terrorism, including demonstrating at the Kress Store in Orangeburg.
c. 1960s
IPSM 94.01.37
Images enlarged and digitally enhanced by Giordano Angeletti