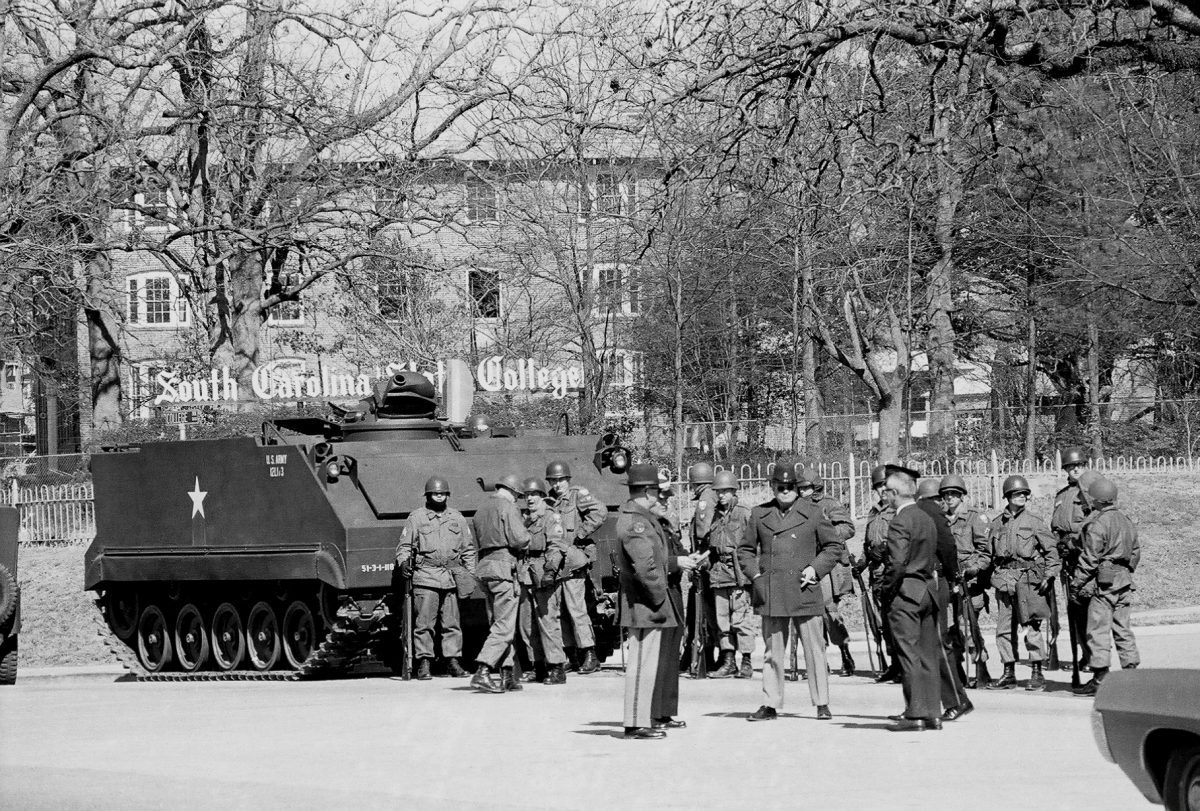 In commemoration of the 50th Anniversary of the Orangeburg Massacre, Columbia SC 63 will bring the general public together with scholars and filmmakers to try to understand the circumstances that shaped this event in South Carolina’s history. The film Scarred Justice: The Orangeburg Massacre, 1968 will be screened on Tuesday, February 6, 2018 (6:30 p.m.) at the Nickelodeon Theatre in Columbia, followed by a post-screening discussion. Additional events will take place in Orangeburg at SC State University on February 7. SC Humanities supported this program with a Mini Grant in December 2017.

In February 1968 police in Orangeburg, SC initiated one of the worst acts of violence ever committed on a college campus, killing 3 and injuring 27 by firing into a crowd of protesters. Occurring two years prior to the Kent State shootings, the massacre in Orangeburg received little national attention. Featuring the groundbreaking documentary Scarred Justice: The Orangeburg Massacre, 1968, historical news footage from the WLTX-TV collections at the University of South Carolina Moving Image Research Collections, and a conversation with community members who experienced the massacre firsthand, this program will recognize the atrocities that occurred in Orangeburg and engage the community in conversation about the massacre’s impacts.

A post-screening conversation hosted by Columbia SC 63 accompanies the screening. The conversation will feature:

This program is free and open to the public. Advanced reservations are currently full but additional tickets will be available at the Nickelodeon box office on the night of the screening.