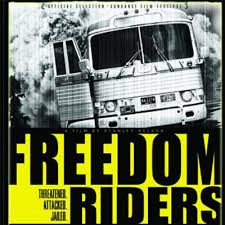 The University of South Carolina History Center will bring noted documentary filmmaker Stanley Nelson to Columbia on March 29 – 31, 2017 for a preview screening of his new documentary, Tell Them We Are Rising: The Story of Historically Black Colleges and Universities. Leading up to this visit, they will present a film series highlighting Nelson’s work that will take place from January – March 2017 and will include screenings of six additional Nelson films at venues around Columbia such as Allen University, Benedict College, and USC. SC Humanities supported this project with a Mini Grant in December 2016.

Stanley Earl Nelson, Jr. is an American director and producer of documentary films known for examining the history and experiences of African Americans. He has won numerous awards, fellowships, and honors, including a Primetime Emmy for Outstanding Director for Non-Fiction Programming for The Murder of Emmett Till and a MacArthur Fellowship. His work includes A Place of Our Own (2004), Freedom Riders (2010), and Freedom Summer (2014), among many others.

Events in the film series include:

Wednesday, March 29, 2017 | 7:00 p.m.
Preview Screening of Tell Them We Are Rising: The Story of Historically Black Colleges and Universities
Stanley Nelson will introduce the film and participate in a Q&A
Location: The Nickelodeon Theatre, 1607 Main Street, Columbia, SC 29201
Info: 803-254-8234

These events aim to provide a public forum for exploring various aspects of African American history and the broader struggle for civil rights as documented in the films of one of America’s leading documentary filmmakers, and facilitate discussions about this history and how it informs our understanding of contemporary events and issues relating to race, education citizenship, and democracy.

For more information about the film series, contact the USC History Center at 803-777-2766.