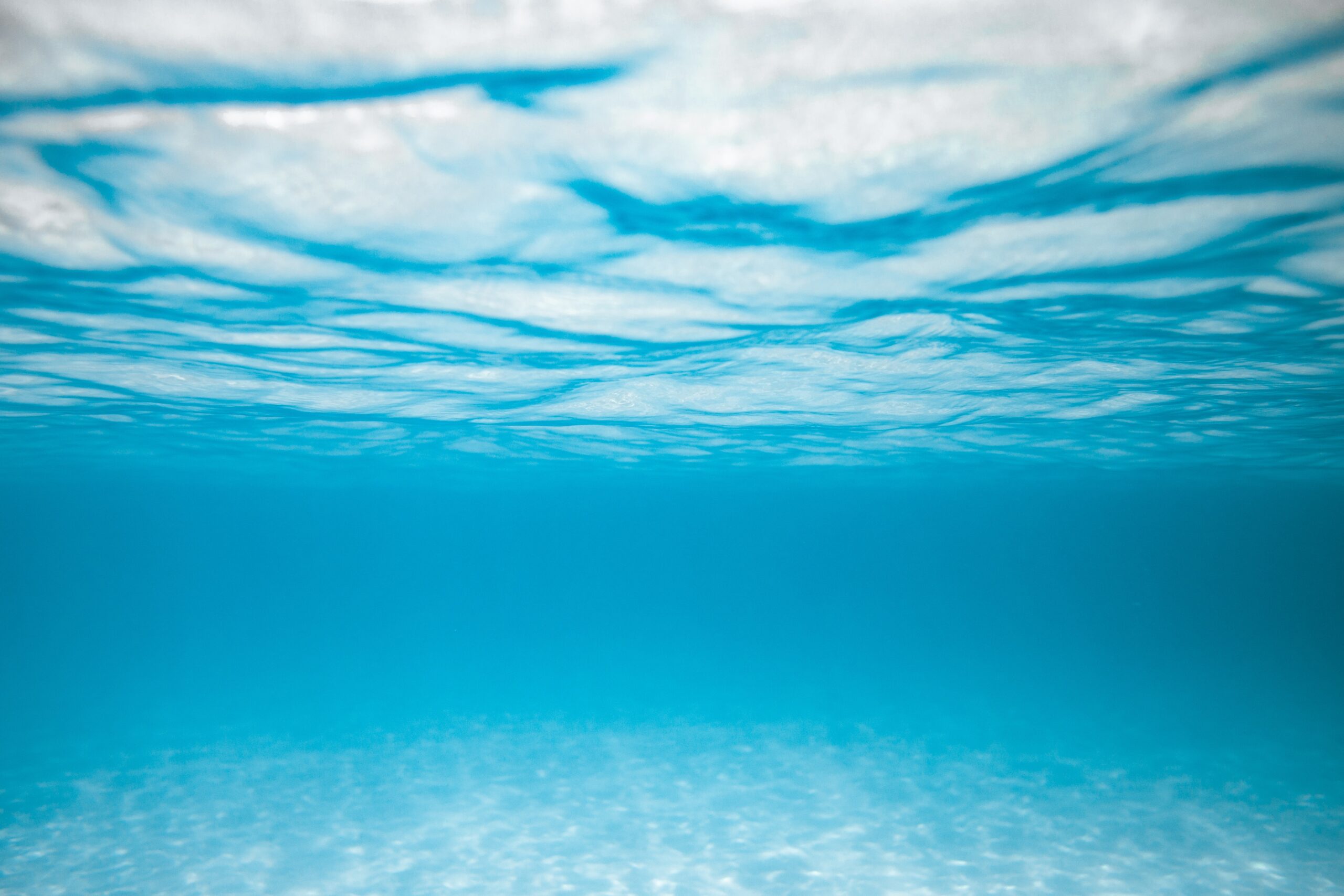 South Carolina State University will present a series of four interactive, virtual programs on “Words Across the Water: Writing and Culture Across the Black Atlantic” from September 16 – November 11, 2021. SC Humanities helped support this program with a Fast Track Literary Grant.

“Words Across the Water” will explore the intersections where Anglophone Caribbean and African American cultural traditions meet and engage each other in language. The program themes are “Language and Identity,” “Forbidden Words and Transgressions,” “Indigenous, Immigrant, and Migrant,” and “Food and Family.” Each program will feature three discussants reading poems relevant to the theme and facilitating dialogue. This series builds on a previous “Words Across the Water” series that ran from January – April 2021.

Gabrielle Civil is a black feminist performance artist, originally from Detroit, MI whose signature themes include race, body, art, politics, grief, and desire. Since 2014, she has been performing “Say My Name” (an action for 270 abducted Nigerian girls) as an act of embodied remembering. She is the author of Swallow the Fish and Experiments in Joy. The aim of her work is “to open up space.”

Rosamond S. King is a creative and critical writer and performer whose work is deeply informed by her cultures and communities, by history, and by a sense of play.  Poetry publications include All the Rage, the Lambda Award-winning Rock | Salt | Stone, and poems in more than three dozen journals, blogs, and anthologies, such as The Feminist Wire, Harriet, and The Caribbean Writer. Her distinctive performance art has been curated into venues around the world. She is Creative Editor of sx salon and Director of the Wolfe Institute for the Humanities at Brooklyn College.

Thursday, September 30, 2021, 5:00 p.m. – “Forbidden Words and Transgressions”
Featuring Terrance Robinson, Andre Bagoo, and moderator Simon Lewis
The event is free, but preregistration is required at https://zoom.us/meeting/register/tJErfumhpjgrHtDHrNnpdfkpZI7-686QZZNy (After registering, participants will receive a confirmation email containing information about joining the meeting.)

Terrance Robinson is a professional artist and educator with an M FA from the University of Nebraska-Lincoln. Robinson has taught at several colleges and universities in the Midwest and South for many years and has exhibited his artwork at approximately 80 plus colleges, galleries, museums, universities, and alternative spaces; during 2020-21, his works have been a part of an International Exhibition of African American Art that has been travelling India. Unapologetic was born out of an autobiography project which was written and lost, but reborn 18 months later as poetry that can touch the hearts, minds and souls of all ages.

Andre Bagoo is a poet and writer from Trinidad, the author of several books of poetry including Trick Vessels (2012), BURN (Shearsman, 2015) and Pitch Lake (Peepal Tree Press, 2017). His poetry has appeared in journals such as Boston Review,  Cincinnati Review, St Petersburg Review, PN Review, POETRY, and The Poetry Review. He was awarded The Charlotte and Isidor Paiewonsky Prize in 2017.His essay collection, The Undiscovered Country, was published by Peepal Tree Press in 2020 and won the 2021 OCM Bocas Prize for Non-Fiction.

The moderator for the evening will be Professor Simon Lewis, a professor in the Department of English at the College of Charleston, when he has been teaching African and World Literature since 1996, and presently chairs the Faculty Senate. He edits the literary journal Illuminations: An International Magazine of Contemporary Writing, and is closely associated with the Carolina Lowcountry and Atlantic World (CLAW) program. He has published White Women Writers and Their African Invention (2003), and British and African Literature in Transnational Context (2011)with the University Press of Florida, among other publications on South African poets and novelists. He previously served as a moderator in the Spring Words Across the Water 2021 series.

Thursday, October 14, 2021 – “Indigenous, Immigrant, and Migrant”
Featuring Philip Nanton, Tiphanie Yanique, and moderator Rhyesa Joseph
The event is free, but preregistration is required at at  https://zoom.us/meeting/register/tJ0kd-yopjksHdGKYNdeZbehOtFan8mPraSa (After registering, participants will receive a confirmation email containing information about joining the meeting.)

Philip Nanton is a writer and spoken-word performer from St. Vincent and the Grenadines who lives in Barbados whose poems and prose have been widely published. He has published Canouan Suite & Other Pieces (poems; 2016); Frontiers of the Caribbean (literary criticism; 2017) and most recently. Riff: The Shake Keane Story  (2021).

Tiphanie Yanique is the author of the award-winning novel Land of Love and Drowning, as well as the poetry collection Wife. Winner of the 2014 Center for Fiction First Novel award, and a National Book Foundation 5 under 35 honoree, she has also received a Rona Jaffe Award and a Fulbright scholarship. Her short fiction has been published in The New Yorker and anthologized in Best American Short Stories 2020. Originally from the Virgin Islands, she now lives in Atlanta, where she is a professor at Emory University.

The moderator for the evening will be Rhyesa Joseph,  a St. Lucian citizen who  describes herself as a “Political science scholar concerned with issues of political culture, community, development and social change.” She is a board member at the Monsignor Patrick Anthony Folk Research Centre, a member of the Saint Lucia National Reparations Committee, a teacher in the areas of Caribbean Studies and Communication Studies, and the principal consultant at ‘From Classroom to Community’ a political science consultancy she founded in 2020 and currently operates.

Thursday, November 11, 2021 | 5:00 p.m. – “Food and Family”
Featuring Writers Cherie Jones and Dahlma Llanos-Figueroa
The event is free, but preregistration is required at https://zoom.us/meeting/register/tJcvdeiorzksE9SRjgYRagnywycodL83xqe6 (After registering, participants will receive a confirmation email containing information about joining the meeting.)

Cherie Jones is a Barbadian writer, lawyer and mom-of-four. Her short stories have  been published in PANK, Cadenza, Eclectica, The Feminist Wire and broadcast on BBC Radio 4. She’s a fellowship awardee of the Vermont Studio Centre and completed her MA with distinction at Sheffield Hallam University, where she was awarded the Archie Markham Award and the A.M Heath prize. Cherie’s debut novel How the One-Armed Sister Sweeps Her House was published in January 2021 by Little, Brown USA, and was short listed for the 2021 Women’s Prize in Fiction.

Dahlma Llanos-Figueroa was born in Puerto Rico and raised in New York City. As a child she was sent to live with her grandparents in Puerto Rico where she was introduced to the culture of rural Puerto Rico, including the storytelling that came naturally to the women in her family, especially the older women.  Daughters of the Stone was shortlisted as a 2010 Finalist for the PEN/Robert W. Bingham Prize. In 2020, the  paperback edition won the 16th Annual National Indie Excellence® Awards for Multicultural Fiction. In 2021, Dahlma was awarded the 2021 NYSCA/NYFA Artist Fellow in Fiction. Dahlma’s short stories have appeared in various anthologies and literary journals throughout the United States, Africa, and Brazil. Dahlma’s second novel, A Woman of Endurance will be released in March 2022 by Amistad/HarperCollins.

Dr. Kendra R. Parker is an Assistant Professor of African American Literature in the Department of Literature at Georgia Southern University. She teaches undergraduate and graduate courses on the Armstrong and Statesboro campuses Her first book, She Bites Back: Black Female Vampires in African American Women’s Novels, 1977-2011 was released in November 2018 by Lexington Press and was released as a paperback in September 2020. Her second book, The Bloomsbury Handbook to Octavia E. Butler is a co-edited collection released in 2020 which centers on African American science fiction writer Octavia E. Butler.

This series provides a discursive space for poets, writers, thinkers and attendees from different geographies throughout the diaspora to explore connections in and through their work. It will also create a collaborative space where students, young writers and the general public may be able to meet and discuss humanities-based ideas with more seasoned authors.

All events will be on Zoom and will start at 5 pm. Links to all virtual programs will be provided several weeks in advance of the program date. For more information contact Dr. Thomas Cassidy at tcassidy@scsu.edu.