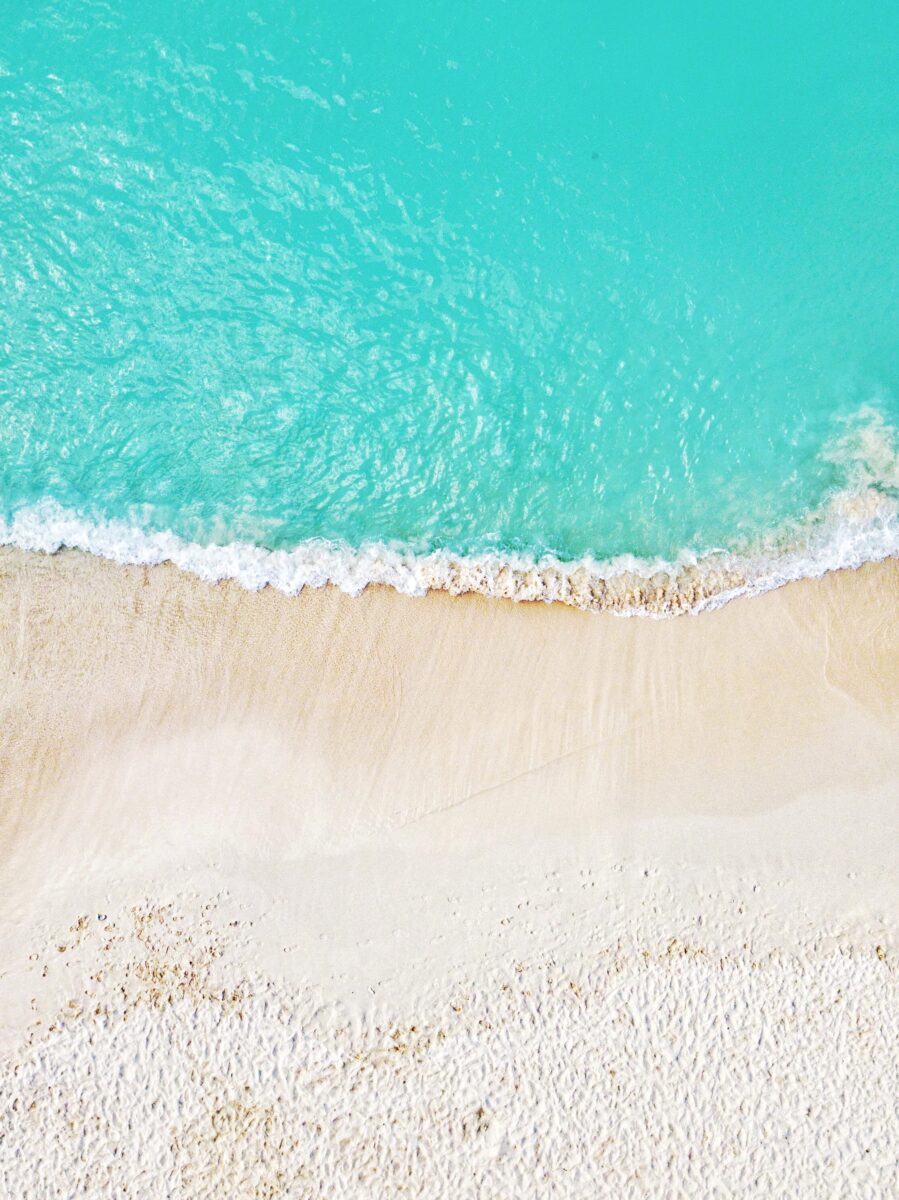 South Carolina State University will present a series of three interactive, virtual programs on “Words Across the Water: Writing and Discourse Across the Black Atlantic” from February 24 – April 26, 2022. SC Humanities helped support this program with a Mini Grant.

“Words Across the Water” will explore the intersections where Anglophone Caribbean and African American cultural traditions meet and engage each other in language. The program themes are “Carnival and Writing,” “Women’s Traditions and Transformations,” and “Poetry and Song.” Each program will feature a different speaker reading literary works relevant to the theme and facilitating dialogue. This series builds on previous “Words Across the Water” series that ran from January – April 2021 and September – November 2021.

The program schedule is:

February 24 | 5:00 p.m. – Carnival and Writing
The Carnival and Writing program will feature Rawle Gibbons, Einto Pearl Springer, and Simon Lewis as moderator.
The event is free, but preregistration is required at https://bit.ly/Carnival_and_Writing. (After registering, participants will receive a confirmation email containing information about joining the meeting.)

Born in Belmont, Trinidad and Tobago, Rawle Gibbons is a playwright, director, and educator. He has taught at the School of Drama, Jamaica, with Mr. Dennis Scott and at the University of the West Indies, St. Augustine, as the founding coordinator of the Centre for Creative and Festival Arts. His directing/devising credits include CLR James’s The Black Jacobins (1976), Temple in the Sea (1995), Shango, Tales of the Orisha (1996), Derek Walcott’s Drums and Colours (1998) and Nation Dance – the Pilgrimage, (2012). He has published two volumes of his plays: A Calypso Trilogy (1999) and Love Trilogy (2012). In 2014, he founded Caribbean Yard Campus, a network for the development of indigenous Caribbean education; he currently leads this project.

Eintou Pearl Springer is a poet, playwright, librarian and cultural activist from Trinidad and Tobago. In 2003 she retired as Director of the National Heritage Library of Trinidad and Tobago, having founded the library and been its director since 1993. She was honored as Poet Laureate of Port of Spain from 2002 to 2009. She is the author of several poetry collections for both adults and children and has had her writings published in a range of publications and anthologies, including Sturdy Black Bridges: Visions of Black Women in Literature (1979), Daughters of Africa (1992) and Moving Beyond Boundaries, Vol. I. International Dimensions of Black Women’s Writings (1995). In 2011, her play How Anansi Brings the Drum celebrated the United Nations’ International Year for People of African Descent and was part of UNESCO’s Youth Theatre Initiative. She is the author and director of the street pageant Kambule, which documents the African roots of the Trinidad and Tobago carnival.

The moderator for the evening will be Simon Lewis, a professor in the Department of English at the College of Charleston, where he has been teaching African and World Literature since 1996, and presently chairs the Faculty Senate. He edits the literary journal Illuminations: An International Magazine of Contemporary Writing and is closely associated with the Carolina Lowcountry and Atlantic World (CLAW) program. He has published White Women Writers and Their African Invention (2003), and British and African Literature in Transnational Context (2011) with the University Press of Florida, among other publications on South African poets and novelists. He previously served as a moderator in both the Spring and Fall 2021 Words Across the Water series.

March 24 | 5:00 p.m. – Women’s Words and Celebrations
Dominique Christina and Julia S. Jordan-Zachery with moderator Karey Lea Perkins will be featured on March 24, 2022, 5:00 pm in South Carolina State University’s second of three interactive virtual programs of the Spring 2022 “Words Across the Water” series.
The event is free, but preregistration is required at https://bit.ly/Womens_watw. (After registering, participants will receive a confirmation email containing information about joining the meeting.)

Julia S. Jordan-Zachery is professor and chair of the Women’s Gender and Sexuality Studies Department at Wake Forest University. Her interdisciplinary research focuses on African American women and public policy. She is the author of the award-winning book Black women, cultural images and social policy (2009 Routledge) and Shadow Bodies: Black Women, Ideology, Representation, and Politics (Rutgers University Press, 2017) and a number of articles and edited volumes including Black Girl Magic Beyond the Hashtag (Arizona University Press, 2019). Jordan-Zachery was awarded the Accinno Teaching Award, Providence College (2015-2016). Jordan-Zachery serves as the President of the Association for Ethnic Studies.

Dominique Christina is an award-winning poet, author, educator, and activist. She won five national poetry slam titles in four years, including the 2014 & 2012 Women of the World Slam Champion and 2011 National Poetry Slam Champion. Her work is greatly influenced by her family’s legacy in the Civil Rights Movement. Her aunt Carlotta was one of nine students to desegregate Central High School in Little Rock Arkansas and is a Congressional Medal of Honor recipient. Dominique is the author of four books. Her third book, “This Is Woman’s Work”, published by SoundsTrue Publishing, is the radical exploration of 20 archetypal incarnations of womanness and the creative process. Her fourth book “Anarcha Speaks” won the National Poetry Series award in 2017. https://nationalpoetryseries.org/author/dominique-christina/. She is a writer and actor for the HBO series High Maintenance, and was a featured performer at the Tribeca Film Festival NYC 2021.

Karey Lea Perkins has taught literature, writing, and philosophy for over thirty years. She holds a BA in English and a BA in Religion from Wake Forest University, an MA in English from the University of North Carolina at Chapel Hill, and an MA in Philosophy and a PhD in English from Georgia State University. She writes, presents, and publishes in her specialty areas of contemporary American and Southern literature, including its intersection with philosophy. Her chapter on semiotics is published in the anthology, Walker Percy, Philosopher and she is co-editer of Symbol & Existence: A Study in Meaning by Walker Percy. She has served as Hardwick Fellow at the Institute for Studies in Pragmaticism. As Assistant Professor at South Carolina State University, she regularly teaches upper-level literature courses with intersectional emphases, such as Women’s Writing and Modern American Poetry.

April 28 | 5:00 p.m. – Poetry and Song
Nancy Anne Miller and Dr. Bettina Judd will be featured on April 28, 2022, 5:00 pm in South Carolina State University’s third of three interactive virtual programs of the Spring 2022 “Words Across the Water” series. Dr. Frank Martin of SC State University will be the moderator. SC Humanities helped support this program with a Fast Track Literary Grant. The event is free, but preregistration is required at. https://bit.ly/_Watw_Poetry (After registering, participants will receive a confirmation email containing information about joining the meeting.)

Nancy Anne Miller is a Bermudian poet with nine collections. Latitude, Longitude is her latest. (Kelsay Books 2021). She is published internationally in journals such as Edinburgh Review, Poetry Ireland Review, The Moth, Salzburg Review, Agenda, Stand, Magma, Ambit, The Fiddlehead, Dalhousie Review, The International Literary Quarterly, The Caribbean Writer, PREE, Bim, Poui, MOKO: Caribbean Arts and Letters among others. She has an M.Litt. in Creative Writing from Univ. of Glasgow. She organized the Ber-Mused poetry reading for Bermuda’s 400th in 2009, and is a MacDowell Fellow, and Bermuda Arts Council Grant recipient. Her visual arts background facilitates the use of image metaphor in her work, wherein she seeks to feminize language by having the poem radiate many meanings throughout the page by the circular movement of comparisons an image metaphor provides. This breaks down linear intentional thought or what Woolf called ‘the masculine sentence’ and prevents the poem resolving in one climatic ending.

Dr. Bettina Judd is an interdisciplinary writer, artist and performer whose research focus is on Black women’s creative production and our use of visual art, literature, and music to develop feminist thought. Her current book manuscript argues that Black women’s creative production is feminist knowledge production produced by registers of affect she calls “feelin.” She has received fellowships from the Five Colleges, The Vermont Studio Center and the University of Maryland. She is a Cave Canem Fellow and has been nominated for the Pushcart Prize in poetry.  Her poems have appeared in Torch, Mythium, Meridians and other journals and anthologies. Her collection of poems titled Patient, is a collection of poems that tackle the history of medical experimentation on and display of Black women. Patient won the Black Lawrence Press Hudson Book Prize and was released in November of 2014.

The moderator for the evening will be Dr. Frank Martin. Dr. Martin, who has degrees in Art History and Theory from Yale University and CUNY-Hunter College and a Ph.D. in Philosophy from USC-Columbia, has served SC State for 31 years as a professor of art history and museum studies, and as the director of The I.P. Stanback Museum & Planetarium. In the Fall of 2020, he was one of the co-originators of the Words Across the Water series; this event will serve as one the final events in the inaugural Twiggs-Rose Festival of the Arts, which he is also directing.

This series provides a discursive space for poets, writers, thinkers and attendees from different geographies throughout the diaspora to explore connections in and through their work. It will also create a collaborative space where students, young writers and the general public may be able to meet and discuss humanities-based ideas with more seasoned authors.

All events will be on Zoom and will start at 5 pm. Links to all virtual programs will be provided several weeks in advance of the program date. For more information contact Dr. Thomas Cassidy at tcassidy@scsu.edu.

Photo by Jono Hirst on Unsplash