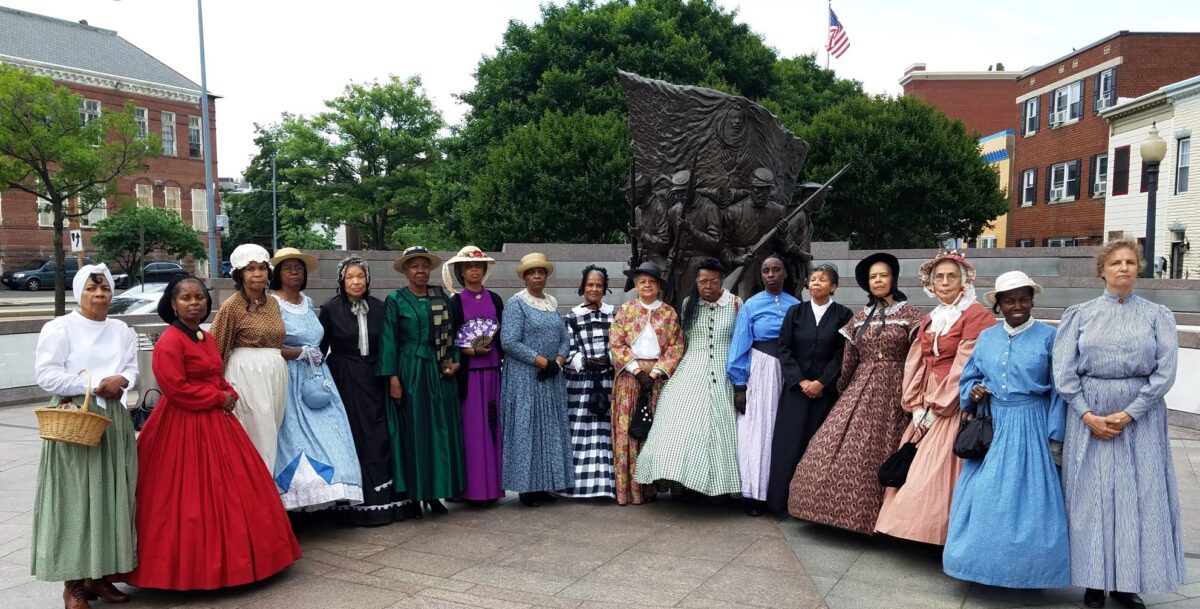 During the largest and most destructive conflict in the United States, the Homefront waited amid foreboding uncertainty. At the time, there were 80 enslaved African Americans on the Brattonsville plantation; with the absence of any guarantee of freedom, how would the American Civil War’s outcome impact their lives? How would the women on the plantation fare with the men away on the battlefields?

Uncertain Times: Homefront 1865 features historical portrayals of five African American women from across the nation who stepped up with courageous acts and mighty voices in the fight against slavery. The historical women are portrayed by FREED, a group of volunteers who aim to teach American history that perhaps has been forgotten or overlooked. FREED is an auxiliary organization of the African American Civil War Museum in Washington, D.C.

FREED’s presentation for Uncertain Times: Homefront 1865 premieres on April 10 at noon EST on Historic Brattonsville’s Facebook page and Culture & Heritage Museums’ YouTube channel. Presentations will be available for ongoing viewing on these digital platforms after the premiere date.

Time Travel Tuesdays:
In addition to the FREED presentation, Uncertain Times: Homefront 1865 includes two living history programs that depict what life was like for those living on the Brattonsville plantation during the American Civil War. The programs will be featured in Historic Brattonsville’s ongoing weekly interactive series – Time Travel Tuesdays. Public participation is encouraged through questions and comments; register for the free Zoom webinars at CHMuseums.org .  Programs premiere live on April 6 and 13, both at 10 a.m. EST on Historic Brattonsville’s Facebook page and later on Culture & Heritage Museums’ YouTube channel

For more information on an array of free virtual programs, visit chmuseums.org.

About Historic Brattonsville:
Historic Brattonsville features historic houses and structures built over the course of three generations of the Bratton family and the enslaved community. The plantation spreads over 800-acres and includes farmed land with heritage breed animals, a Revolutionary War battlefield site with interpretive trail, and a nature preserve with miles of walking trails. Seasonal events, reenactments, and living history programs interpret Carolina backcountry life from the 1750s to the late 19th century. Historic Brattonsville is included in “The Green Book of South Carolina” – a travel guide to significant African American heritage and cultural destinations across the state. Learn more: https://greenbookofsc.com/

About Culture & Heritage Museums:
Culture & Heritage Museums is a family of museums in York County, South Carolina: Historic Brattonsville in McConnells, the McCelvey Center, which includes the Historical Center, in York, and the Museum of York County and Main Street Children’s Museum in Rock Hill. CHM is a Smithsonian Affiliate and is accredited by the American Alliance of Museums. According to AAM, accreditation is “the ultimate mark of distinction in the museum field” and “signifies excellence and credibility to the entire museum community, to governments and outside agencies and to the museum-going public.”  In South Carolina, there are only twelve museums or museum systems that have achieved this distinction. The mission of CHM is to communicate and preserve the natural and cultural histories of the Carolina Piedmont, inspiring a lifetime of learning.

Photo: Ladies of FREED outside of the ACW Memorial in 2018. Photo courtesy of FREED.

“Justice for All” Traveling Exhibit in Hartsville