Historic Brattonsville: Through the Eras 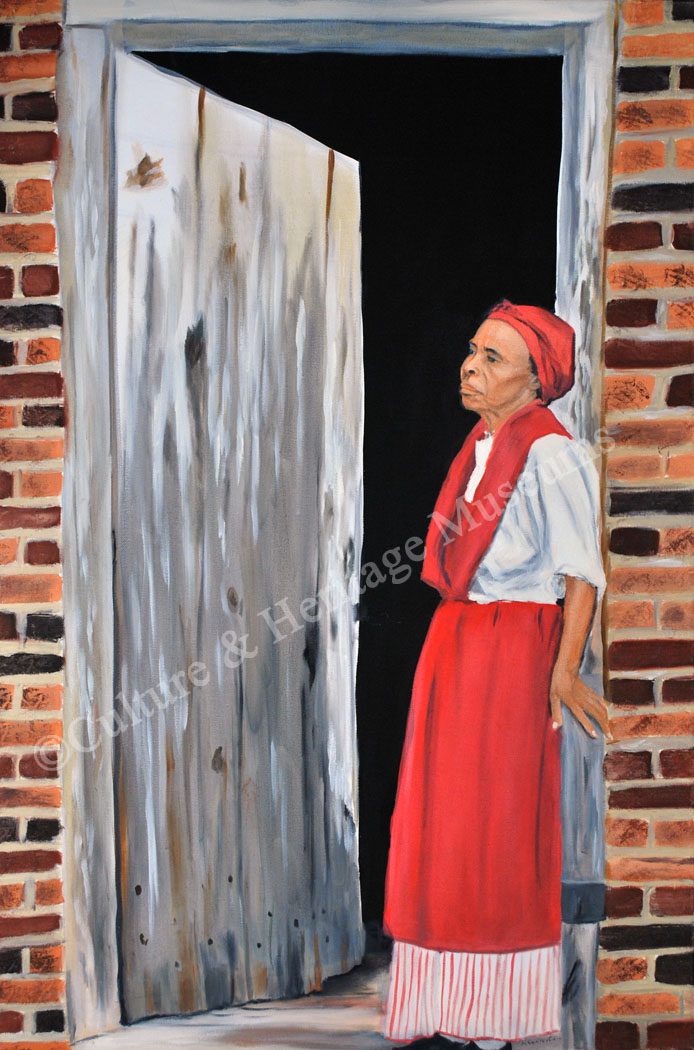 Historic Brattonsville will debut a new exhibit that offers a deeper narrative of the site’s history in January 2023.  “Historic Brattonsville: Through the Eras” tells a more inclusive story of the plantation’s past by highlighting the African American community and their contributions through a timeline beginning from the days of the American Revolution to post Emancipation.  SC Humanities supported this exhibit with a Major Grant.

Opening on Jan. 10, 2023, “Historic Brattonsville: Through the Eras” is installed in the site’s newly redesigned Orientation Room. Reflecting the collaborative efforts of humanities scholars, historians, and an advisory team of both Black and white Bratton descendants, the permanent exhibit orients the visitor through text panels with narratives, historical images, and three-dimensional artifacts. An original painting will be on display for the foreseeable future; “The Doorway” was painted by Kaye Cloniger, who donated the work to Culture & Heritage Museums in 2009. Not intended as a portrait, but in honor of the enslaved people on the Bratton plantation, Kitty Wilson Evans, Brattonsville’s first African American interpreter, posed for the painting.

Created with the support of South Carolina Humanities in honor of their 50th anniversary, Historic Brattonsville’s newest exhibit, “Historic Brattonsville: Through the Eras,” underscores the changes and broader perspectives that have unfolded over the past 50 years since the site was placed on the National Register of Historic Places in 1971.

IMAGE: Original painting on display for the opening of “Historic Brattonsville: Through the Eras.” Courtesy of Culture & Heritage Museums. “The Doorway” oil on canvas by Kaye Cloniger 2009.016.005. Donated by Kaye Howard Cloniger and Kitty Wilson Evans in honor of the Brattonsville enslaved and their descendants.

About Historic Brattonsville:
Historic Brattonsville features over 30 colonial and antebellum structures, including three house museums. The plantation spreads over 800-acres and includes farmed land with heritage breed animals, a Revolutionary War battlefield, and a nature preserve with miles of walking trails. Seasonal events, reenactments, and living history programs interpret Southern rural life in 1780, 1855, and 1871. New exhibits in the recently restored Brick House tell the story of the Brattonsville community during the Reconstruction Era.

Historic Brattonsville is included in “The Green Book of South Carolina” – a travel guide to African American cultural sites. https://greenbookofsc.com/

Culture & Heritage Museums is a family of museums in York County and includes Historic Brattonsville in McConnells, Main Street Children’s Museum and Museum of York County in Rock Hill, and the McCelvey Center, which includes the Historical Center of York County and the Southern Revolutionary War Institute, in York. The mission of CHM is to communicate and preserve the natural and cultural histories of the Carolina Piedmont, inspiring a lifetime of learning.  www.chmuseums.