The South Carolina Encyclopedia is a joint effort by SC Humanities, the USC Institute for Southern Studies, and The University of South Carolina Press to produce the first comprehensive reference source of the people, places, events, things, achievements, and ideals that have contributed to the ongoing evolution of the Palmetto State. Consisting of some 2,200 entries, hundreds of illustrations, and more than one million words, the Encyclopedia is an authoritative and entertaining one-volume compilation of essays on topics ranging from politics to the arts, from Hilton Head to Caesars Head, and from the Lords Proprietors to Hootie and the Blowfish. More inclusive and detailed than any existing work of historical scholarship, the Encyclopedia catalogs in unprecedented detail the diversity of people and experiences that have made South Carolina the unique and engaging place that it is today.

Published in September 2006, The South Carolina Encyclopedia has enjoyed vast success, selling more than 19,000 copies and staying on the top of the Midlands bestsellers list for more than a month. For information about how to purchase a copy of this educational volume, please contact The University of South Carolina Press. 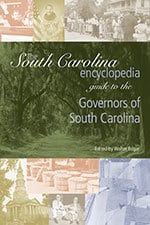 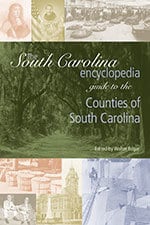 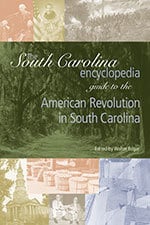 In October 2016, a digital version of the South Carolina Encyclopedia launched.

A joint initiative of South Carolina Humanities, the USC Univeristy Libraries, the Institute of Museum and Library Services, the South Carolina State Library, the USC Press, the USC Center for Digital Humanities, and Southern Studies, the Digital South Carolina Encyclopedia builds on the 2006 print version edited by Walter Edgar. With more than 1800 entries — now enhanced with images, documents, and videos from various repositories around the state — the digital encyclopedia will serve as a one-stop resource for school children, teachers, members of the general public, and academic researchers.

The 1,120-page print South Carolina Encyclopedia was a joint project of South Carolina Humanities, USC Press and the Institute for Southern Studies. Since its publication in 2006, it has sold over 19.000 copies. The encyclopedia covers topics ranging from war and politics to the arts, recreation, agriculture, industry, popular culture and ethnicity. The digital version of the encyclopedia includes all of the original material from the print edition integrated with new multimedia resources.

Dr. Randy Akers, Executive Director of SC Humanities said, “In July, 1998, twenty-four brave Board Members voted to produce a South Carolina Encyclopedia. This 1.2 million dollar project was far and away the biggest undertaking in SC Humanities history. We wanted to contribute positively to our state, have a valuable resource for teachers and children, and have a resource for both South Carolinians and outsiders to use so they would know more about this great state. Eighteen years later, with the expertise and resources of the University of South Carolina and the talent of Walter Edgar and USC Press, the encyclopedia went online. It is amazing! Go to www.scencyclopedia.org at your leisure and just browse. Please share this wonderful resource!”