The Governor’s Awards recognize outstanding achievement in humanities research, teaching, and scholarship; institutional and individual participation in helping communities in South Carolina better understand our cultural heritage or ideas and issues related to the humanities; excellence in defining South Carolina’s cultural life to the nation or world; and exemplary support for public humanities programs.
Congratulations to our 2022 Governor's Awards in the Humanities recipients: 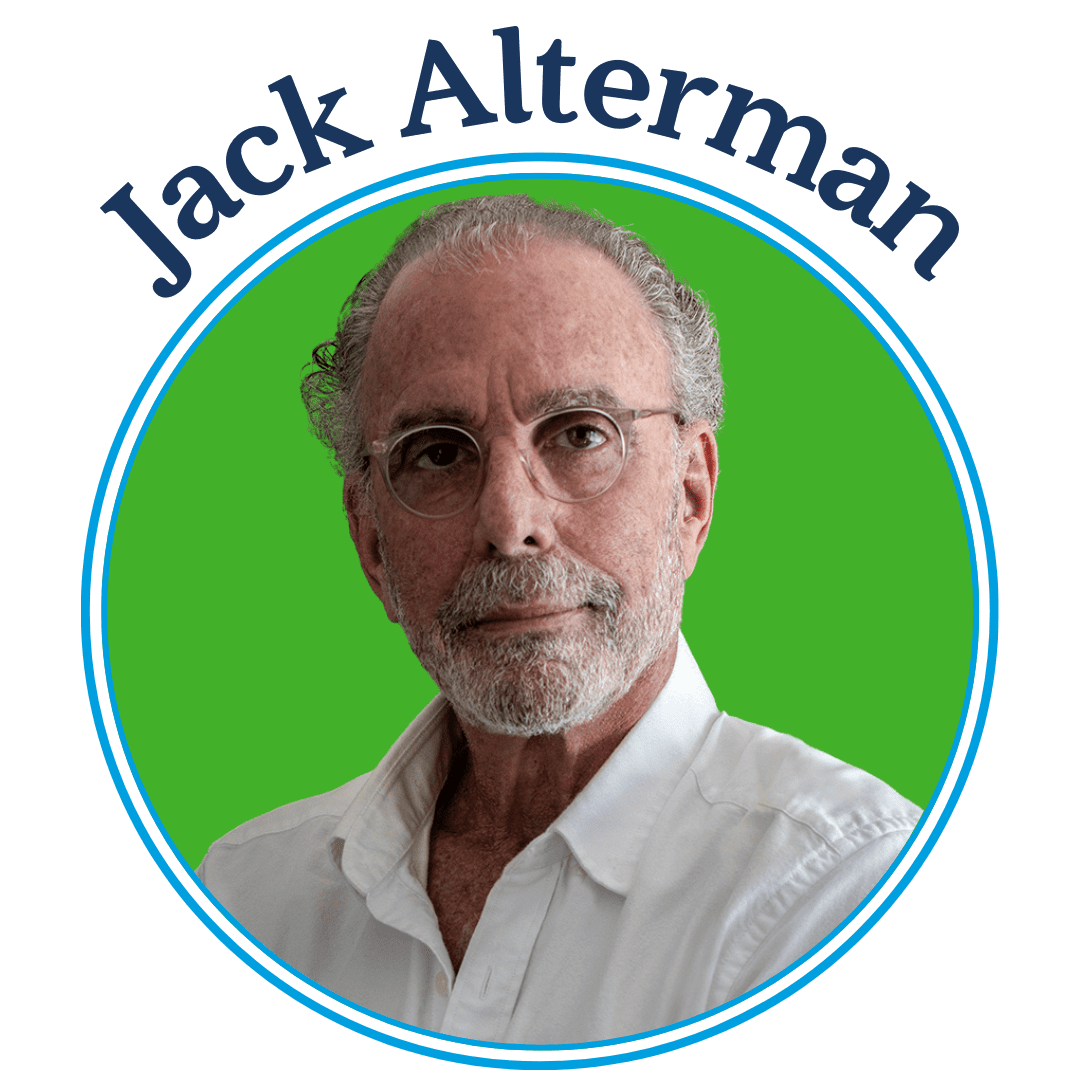 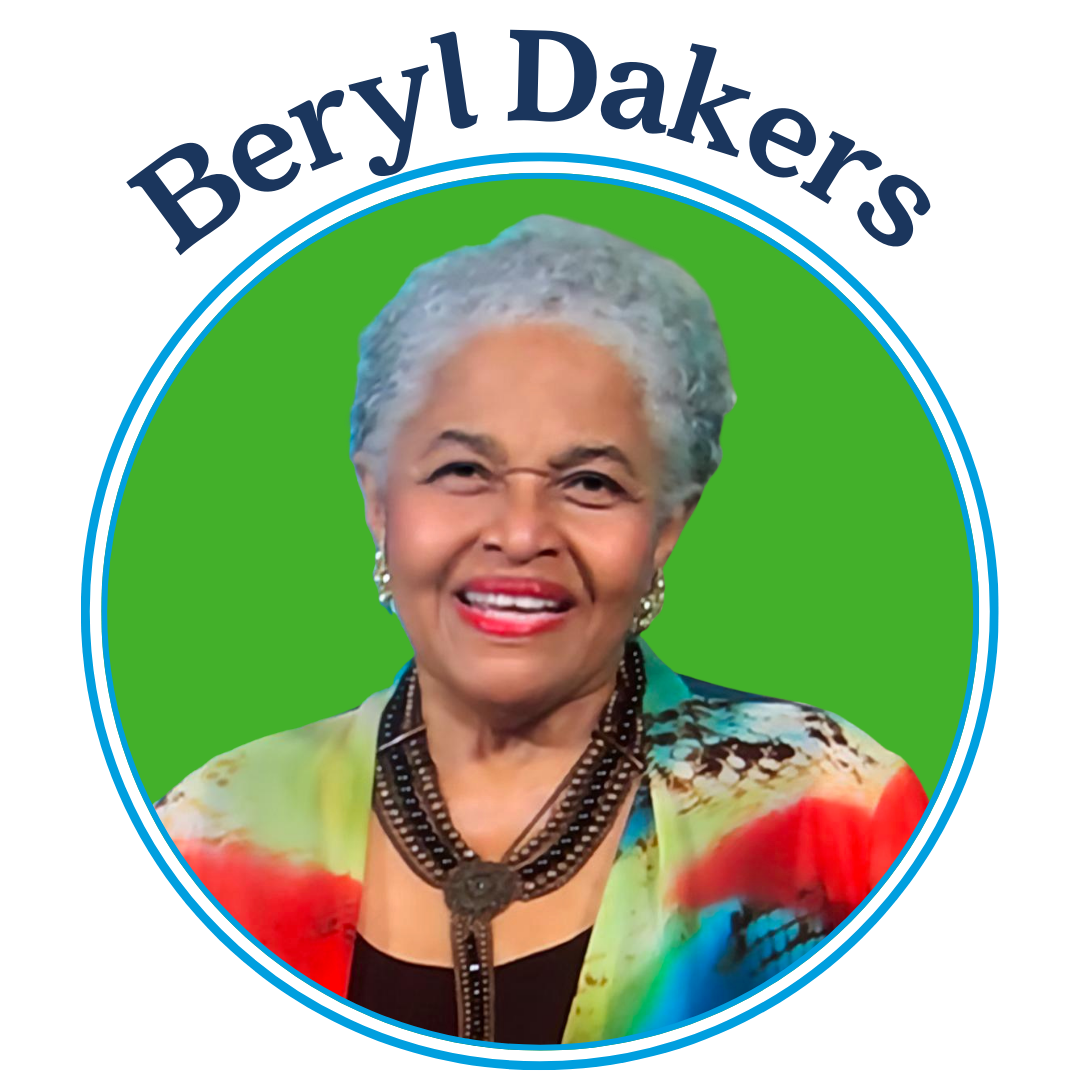 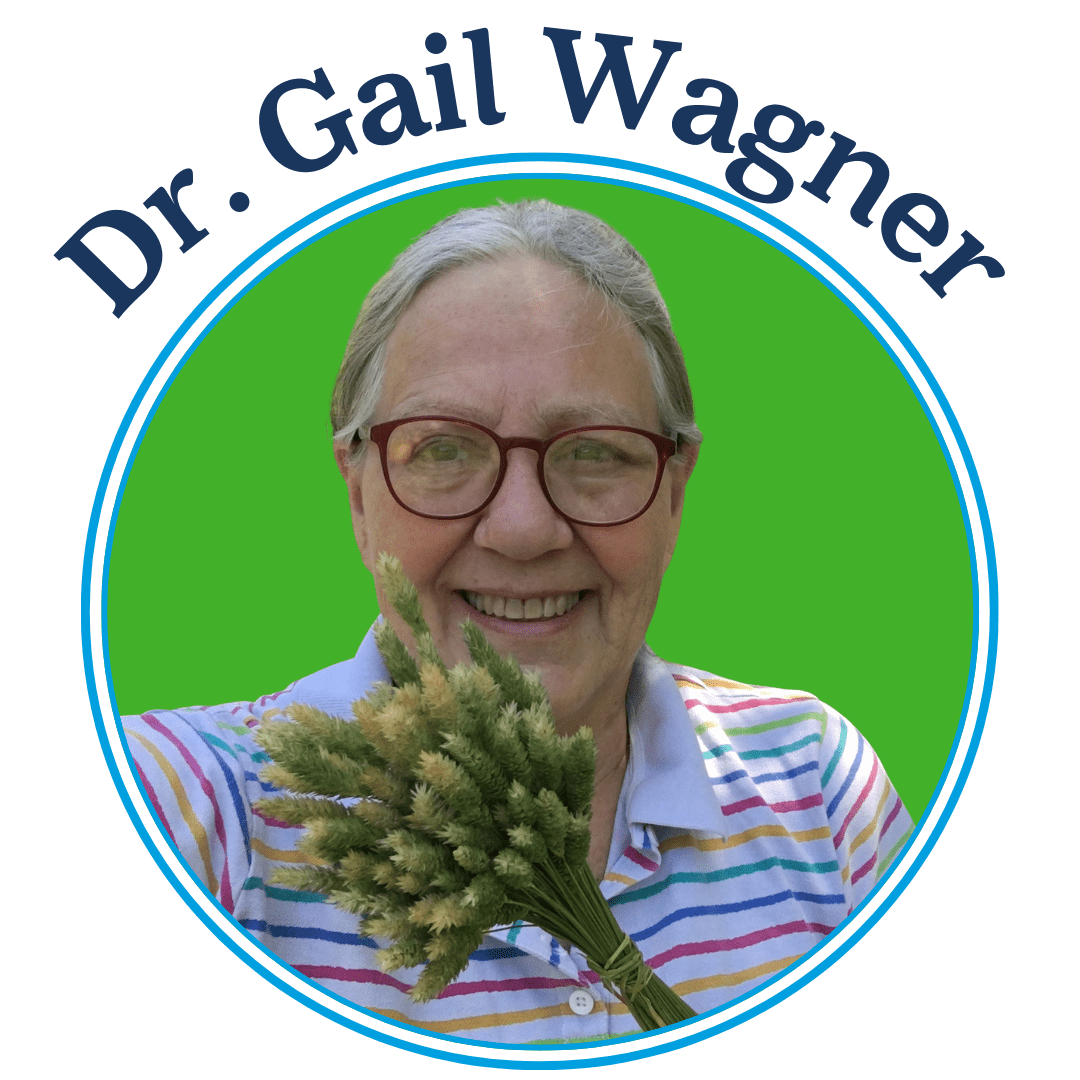 Jack Alterman is part of a distinguished tradition of artists who have made transcendent images of Charleston, South Carolina. He is inspired by the city’s blend of old and new, the colors of paint and stucco, water, clouds, and cobblestones. From her architecture to people, Alterman makes the familiar unique and the unique familiar

Jack opened his studio in his hometown of Charleston over forty years ago and has remained focused on the architecture and the people of his city. He has worked with the community to create several notable projects.

‘Who Among Us’ was an exhibit and documentary film produced to benefit the Crisis Ministries of Charleston and raise awareness for how indiscriminate the effects of homelessness can be on people from all backgrounds.

‘The Bridge Builders’: At the completion of the Arthur Ravenel Bridge, in 2005 Alterman made studio portraits of the men and women who participated in its construction. Many of these workers came from different parts of the United States, some from other countries, to work on this five year project. The exhibition opening was held at Alterman’s studio with the builders and their families attending.

‘Eastsiders Matter’ was an expansive public portrait exhibit displayed along a 150-foot fence on Columbus Street. It remained on view for months and put a face on the residents of Hampstead Village, The East Side, a historic and rapidly changing African American community in Charleston. This was the topic of his 2016 Tedx Talk.

‘King Street ~The 500 Block’,  Jack created a sidewalk portrait gallery of the merchants transitioning in and out of this once locally-owned business district.  The portraits were displayed in the windows of vacant storefronts.

From 2002~2009 Jack and a small group of photographers began giving workshops and classes at his King Street studio teaching the art and craft of film & digital photography and hosted monthly lectures by local and visiting photographers.

Alterman attended the University of South Carolina, Brooks Institute of Photography and is a USMC Veteran. He has published three books of his images: Cornices of Charleston, My Lazy Eye, and My City Charleston.

Beryl Dakers, a broadcast trailblazer for over forty years, is an award-winning documentary filmmaker and dedicated community servant. Dakers began her broadcast career as a reporter for WIS-radio in 1972. After a brief stint at WIS-TV, she joined SCETV in 1977 as Director of News and Public Affairs. During the course of her career, she developed numerous programs for ETV, including the very popular “NatureScene” and “What in the World Is It?” series. An adept on-camera personality, she has amassed a tremendous body of works as a documentary producer, writer, and director of a wide and over-arching list of topics ranging from sensitive and timely social issues to history, cultural developments, civil rights, the arts, music, politics, religion, and the environment. She is most proud of those works which serve to document SC’s social, political, cultural, and natural history. A sampling of these includes: “Remember My Name”, a three-part series on Domestic Violence; “When the Mill Closes Down”; ”Tragedy at Orangeburg”; “The Orangeburg Massacre—Remembrances and Reminiscences”; and “Remembering Charleston”; profiles on figures as diverse as Strom Thurmond, Modjeska Simkins, Dr. Benjamin Mays, Matthew Perry, Composer Gian Carlo Menotti , Chamber music guru Charles Wadsworth,  and artists Leo Twiggs and Jonathan Green; “Praise House: The Tradition”; “Site Specific Art”; “Re-Staging Martha Graham’s ‘Chronicles”; “Sacred Spaces of the Charleston Low Country”; “In this Sacred Space”; “The Jenkins Orphanage Band”; “Sisterhood: SC Suffragists”; and “Mt. Vernon Mills: The End of an Era.” Beryl is a lifelong student of history, a staunch advocate for the Arts, and a firm believer in giving back to the community.

Gail Wagner is Professor Emerita of Anthropology at the University of South Carolina and a respected paleoethnobotanist (one of the few in the Southeast). Her fields of study are the precolonial archaeology of eastern North America (especially South Carolina) and ethnobotany (the study of the interrelationships between plants and peoples). She is a veteran of archaeological projects in the Midwest, Southwest, Israel, India, and South Carolina and has a Ph.D. in Anthropology from Washington University in St. Louis.

Dr. Wagner feels she has been fortunate as both an ethnobotanist and an archaeologist to conduct research at the intersection between science and the humanities, and through a number of venues she attempts to bring the excitement of that mixture to the general public.

During her 32 years of teaching at the University of South Carolina-Columbia, she mentored 455 undergraduate students through gathering original research on five different multi-year/multi-class projects. The students collected a total of 1,273 oral interviews from mostly South Carolinians on every-day subject matters highly relatable to the students as well as their friends and families (e.g., what is a vegetable; do any plants in one’s yard have special meaning; does it matter whether we know the names of local plants?). The research results form the basis of several of her ethnobotanical public talks through the SC Humanities Council Speakers Bureau. She recruited and co-coordinated the Biocultural Diversity Project, a project that examined place-based linguistic, cultural, and biological knowledge with five other universities across the United States and Canada, affording students the opportunity to compare their place with the other places.

In her capacity as a speaker on the South Carolina Humanities Speaker’s Bureau, since 1992 she traveled around the state to speak to various groups about archaeology, ethnobotany, paleoethnobotany, or ecoliteracy.  Her Speaker’s Bureau topics include: Why Garden?;  What is a Vegetable?; Cofitachequi: A Chiefdom; Colonial Encounters; Uses of Plants by Native Americans; and Can Nature Knowledge Save the World. Early in her career at USC she gave a number of 1-3-hour plant walks/talks at State Parks around the state. In addition, she also visited and spoke at a number of chapters of the Archaeological Society of South Carolina.

The Fresh Voices Awards recognize individuals who are working in unique and innovative ways to use culture and history to bring people together, but whose efforts may have gone relatively unnoticed beyond their own community.
Congratulations to our 2022 Fresh Voices in the Humanities Award recipients: 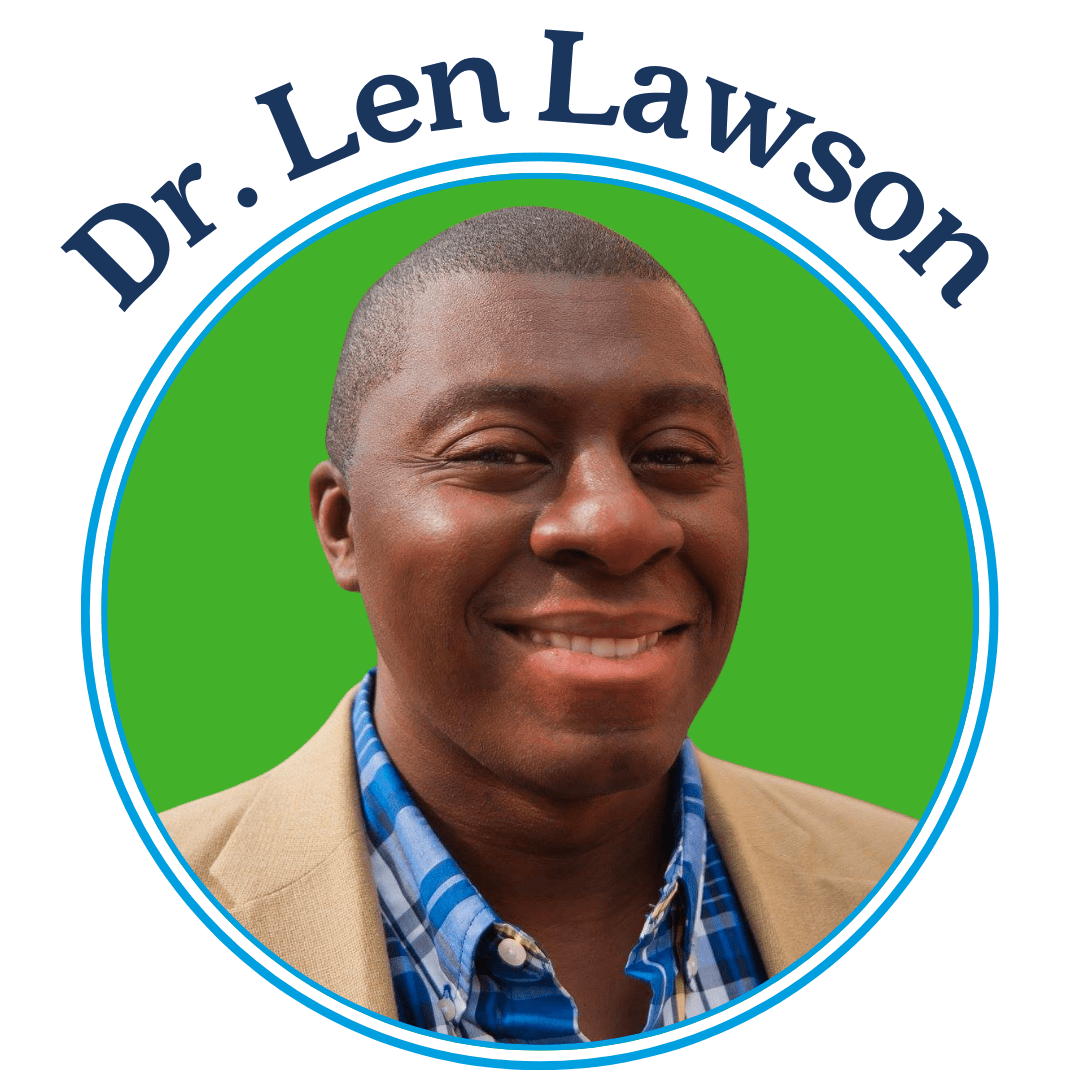 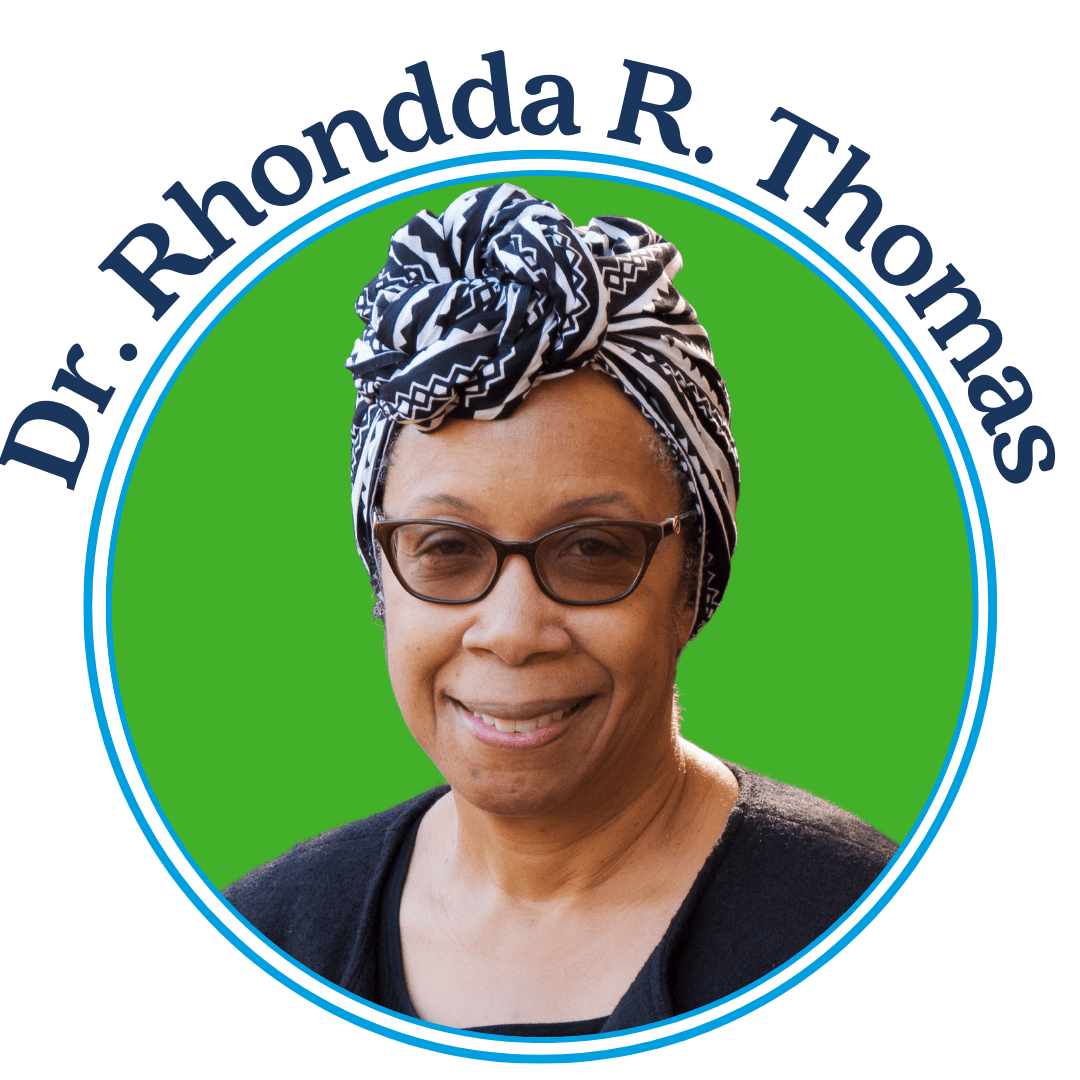 Len Lawson is the author of Chime (Get Fresh Books, 2019) and the chapbook Before the Night Wakes You (Finishing Line Press, 2017). He is also the editor of Hand in Hand: Poets Respond to Race (Muddy Ford Press, 2017) and The Future of Black: Afrofuturism and Black Comics Poetry (Blair Press, 2021). Among his accolades, he won the 2016 Jasper Project Artist of the Year Award in Literary Arts, the inaugural 2018 NC Poetry Society Susan Laughter Meyers Fellowship in Poetry, and the 2020 SC Academy of Authors Carrie McCrary Nickens Fellowship in Poetry. He has received other fellowships from Tin House, Palm Beach Poetry Festival, Callaloo, Vermont Studio Center, and Virginia Center for the Creative Arts among others. Currently, he serves on the Board of Directors for The Jasper Project. Len earned a Ph.D. in English Literature and Criticism from Indiana University of Pennsylvania and currently is Assistant Professor of English at Newberry College. 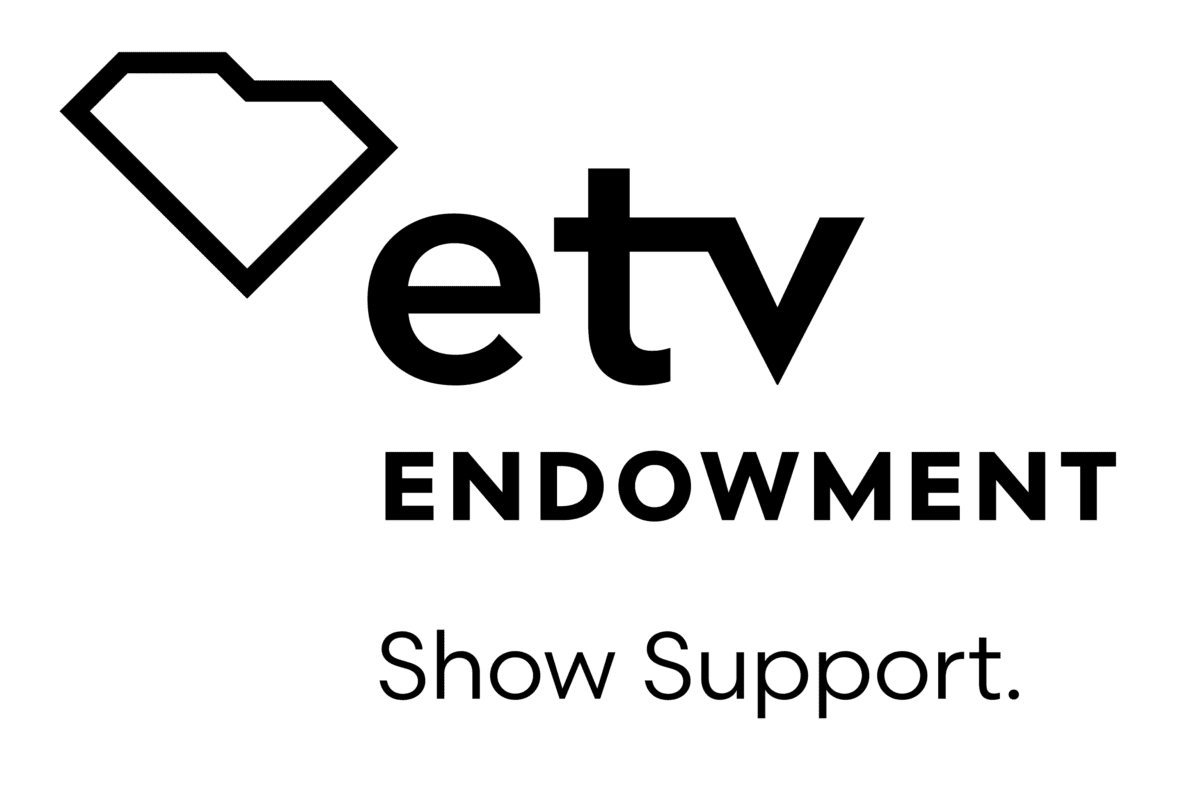 The friends & family of Gail Wagner 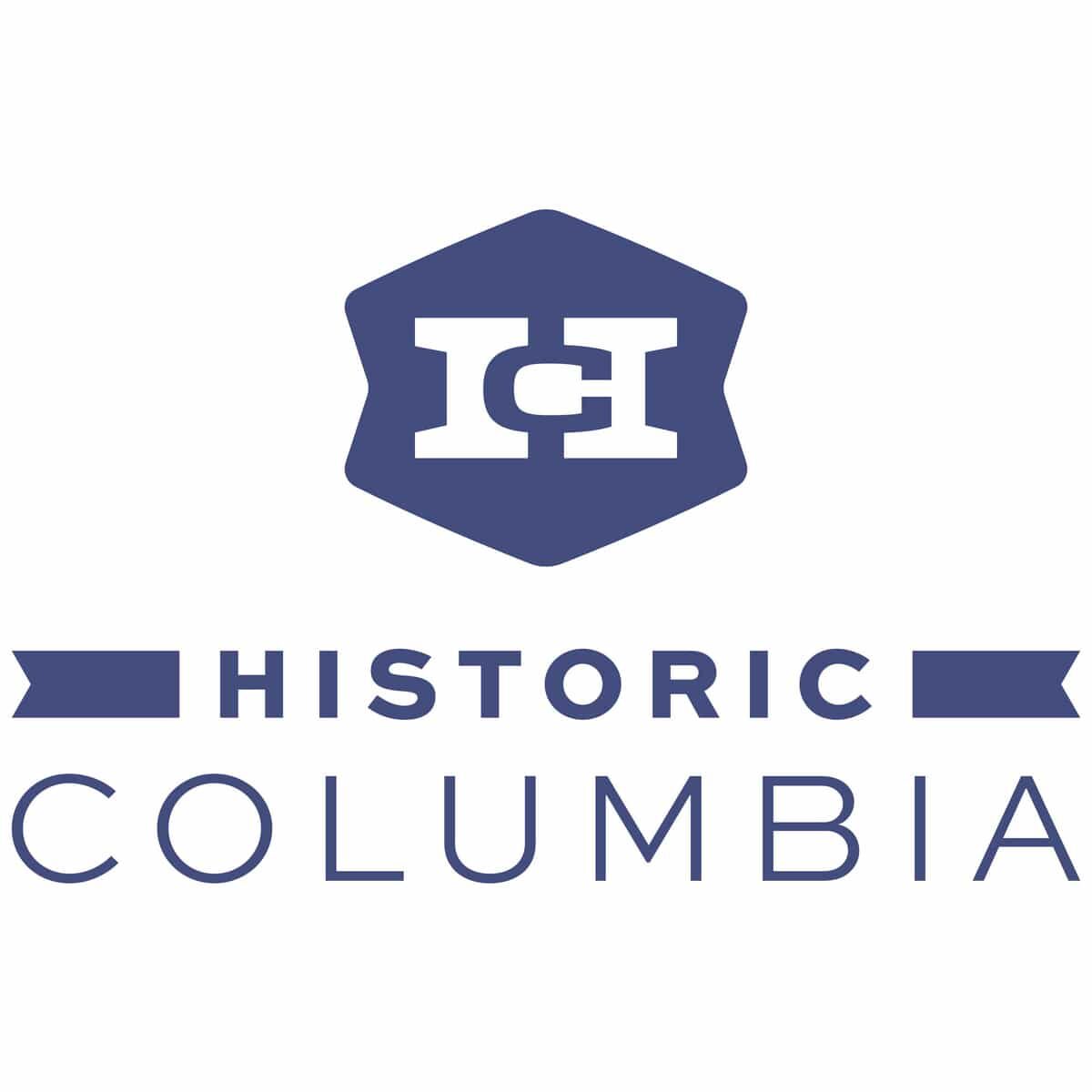 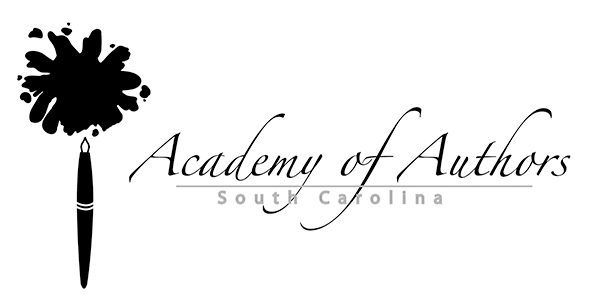 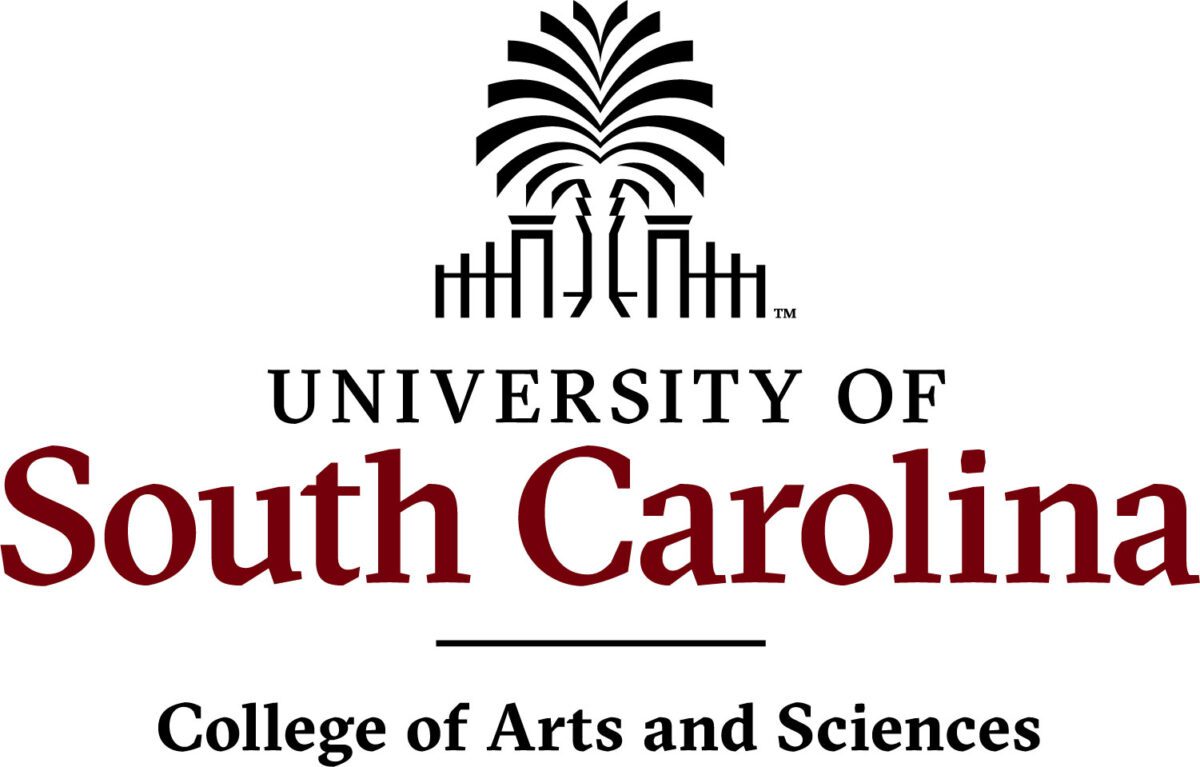 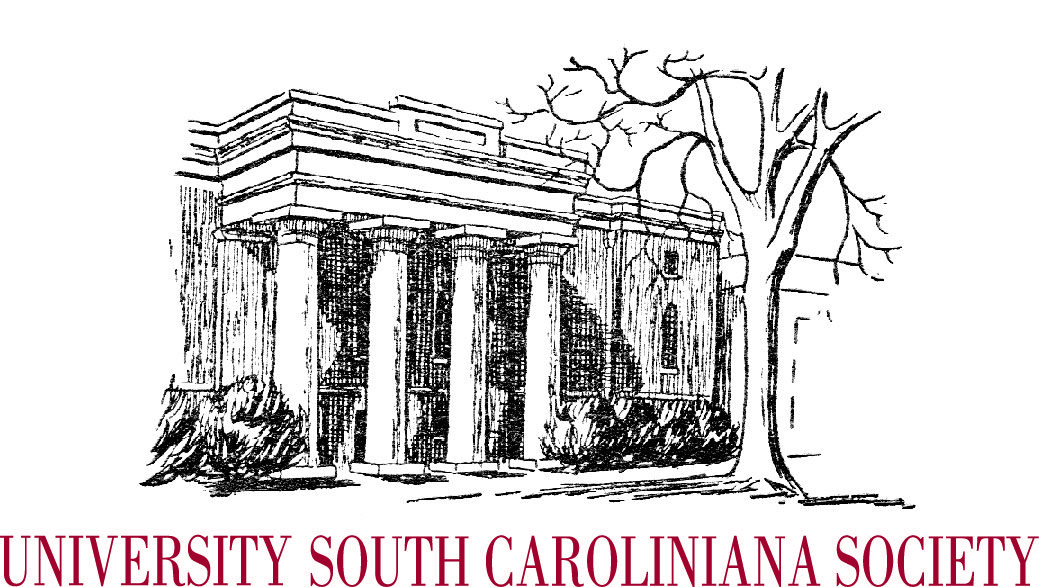 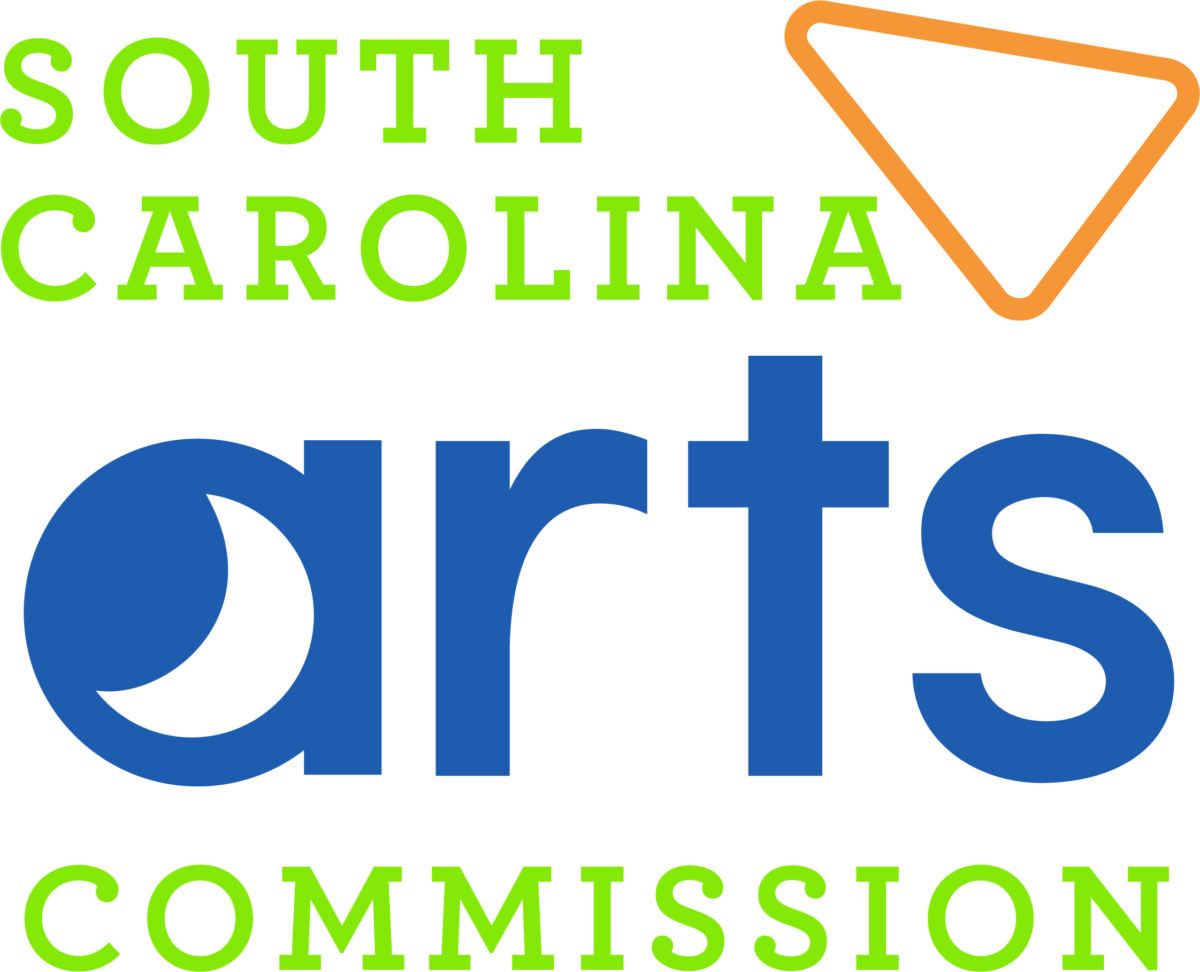 Over one hundred individuals and organizations have received awards from 1991 to 2022.