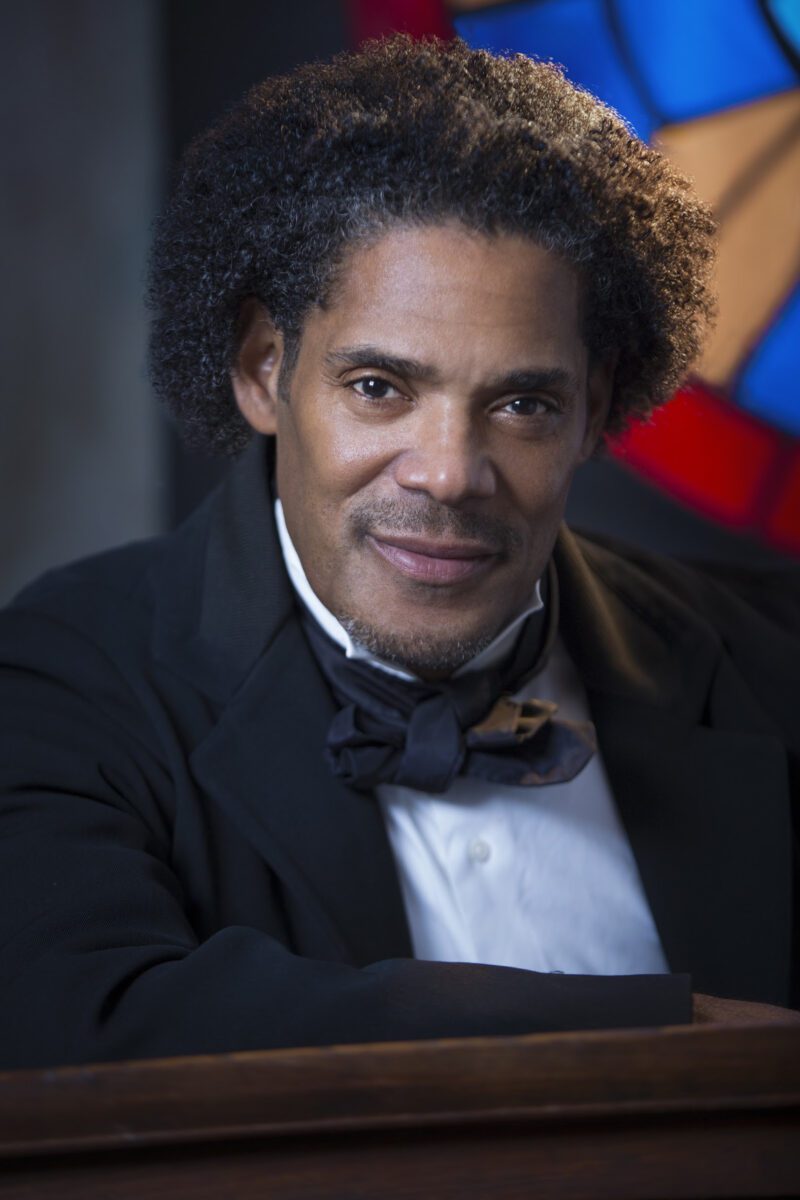 Actors’ Theatre of South Carolina will begin free public screening events Sunday, February 27th, at 3:00 pm with a screening of their award-winning film, Frederick Douglas, No Turning Back, in partnership with the Calhoun County Library.

The film series will be free of charge. Following screenings, South Carolina scholars and creators of the films will answer questions from the audience. The series will be on Sundays from 3:00 pm – 4:30 pm.   Due to the pandemic, the events will take place in the banquet hall of the Calhoun Hills Golf Complex to allow a larger audience and social distancing (200 Country Club Rd, St Matthews, SC 29135).

The non-profit film and theatre company, Actors’ Theatre of South Carolina, has received a major Growth Grant from South Carolina Humanities, www.schumanities.org. Funding for the Growth Grants has been provided by the National Endowment for the Humanities (NEH) as part of the American Rescue Plan Act of 2021 and the NEH Sustaining the Humanities through the American Rescue Plan (SHARP) initiative. Screenings of the award-winning films will take place across the state throughout 2022.

Calhoun County dates and films are:

June 26 @ 3:00 pm – All For Liberty – Swiss freedom fighter and his family discover the cost of freedom

Clarence Felder, Executive Producer and co-star in the films, is grateful for the support from the Growth Grant. “John Laurens’ War was released this past summer, world-wide, through our distributor, Bridgestone Multimedia Group (BMG Global), This series is a great opportunity to premiere this docudrama locally and share an astounding story of a brave young man from Charleston in the War for Independence.”

Felder also stars in a previous American Revolutionary War film, All For Liberty, about local hero, Captain Henry Felder, which also won nine international film awards and has been in world-wide distribution with BMG Global for seven years.

“We’ve screened other projects at the Calhoun County Library, and are thrilled to begin this Great American Heroes Series,” added Chris Weatherhead, Producer/Director of the films. “We’ve found many inspiring stories of people who risked their lives and families to fight for the many freedoms now guaranteed in our US Constitution.”

“These are phenomenal, quality productions” said Kristen Simensen, Director of Calhoun County Library. “The opportunities that have been afforded to our patrons over the years by Actors’ Theatre and SC Humanities have been truly incredible. We always have very positive feedback from attendees.”

More information about each film is available on the Calhoun County Library website and Facebook page (calhouncountylibrary.org and @calhounlibrarysc) and on ActorsTheatreOfSC.org.

Although the screenings are free, reservations are required as space is limited. In the event of a pandemic challenge, the Library will attempt to notify all audience members of a new date. To reserve call 803-874-3389.

Image: Kyle Taylor stars in the highly acclaimed production of “Frederick Douglass, No Turning Back”