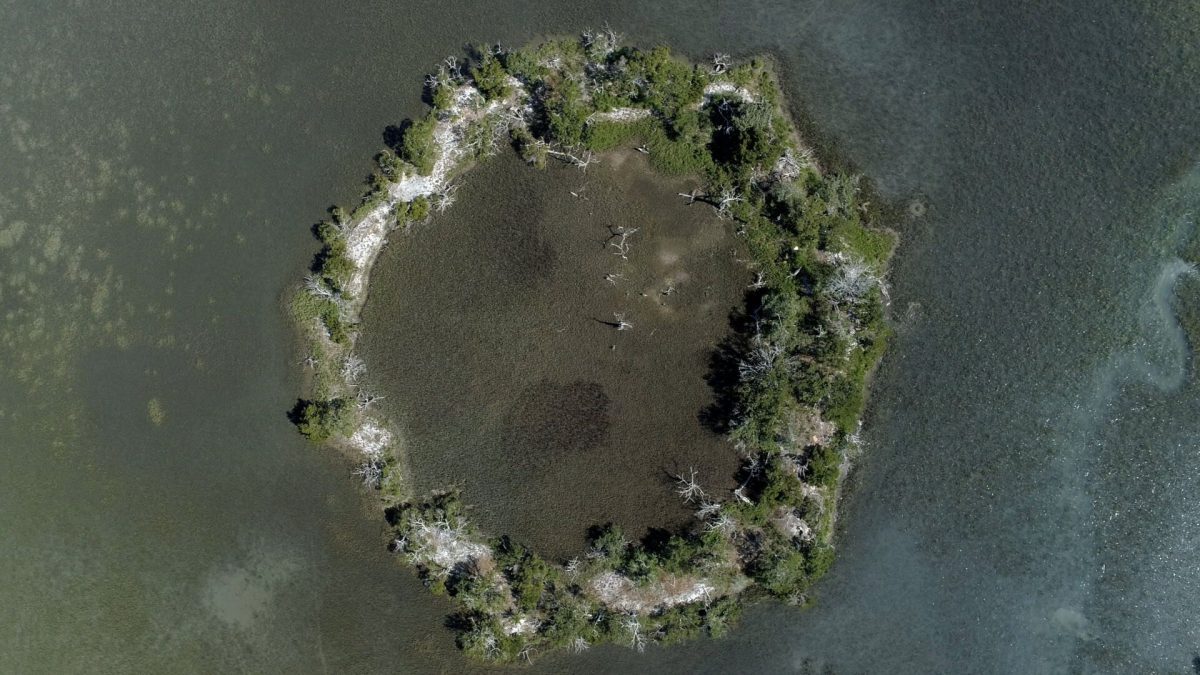 Four thousand years ago, in the time of Stonehenge and the Great Pyramids, an ancient civilization on the South Carolina coast also left behind colossal landmarks. Fig Island, off the coast of Charleston County, is one of the largest and most intricate oyster shell structures known. The Ring People is a 30-minute documentary that investigates the ancient South Carolinians who created this complex shell ring structure. It will premiere on SCETV on December 30, 2019 at 7:30 PM and again at 8:30 PM on the South Carolina Channel. SC Humanities supported the documentary with a Major Grant.

Of the approximately 60 shell ring structures discovered off the Southeast coast of the United States, “Fig 2” in South Carolina is one of the best examples. It is as wide as a football field and made with millions of oyster shells. The smaller Fig 3 may have been altered over time to create a crescent shape. Fig 1, the largest of the three, is something of an anomaly, as it appears to have a central ring with smaller rings attached. In The Ring People, representatives from six research universities and the National Park Service search for clues to the mysterious native culture that created these structures. The story takes viewers to remote sites as scientists discover the ancient South Carolinians who built monumental rings of shell.

The Ring People is currently available to be viewed at www.theringpeople.com. South Carolina ETV’s K-12 portal, KnowitAll.org, has created a partner page hosting the documentary in chapter form for classroom use, as well as hosting “Archaeo-Tech” shorts and a “Big Bites” collection of short film segments that cover more advanced topics in archaeology than the film. Curriculum supporting the digital shorts was produced by the SC Department of Natural Resources, and they will also host all the materials on their Heritage Trust website.

The Santa Elena History Center in Beaufort hosted a public screening of The Ring People on Saturday, October 5 at 3:30 p.m. followed by a Q & A with producer Jamie Koelker. Koelker is a career director, shooter and editor of documentary projects in history, anthropology, conservation and education. It has also been screened at the Southeastern Archaeological Conference in Jackson, MS and at several programs hosted by the SC Department of Natural Resources. The television premiere will be on Monday, December 30th on SCETV.