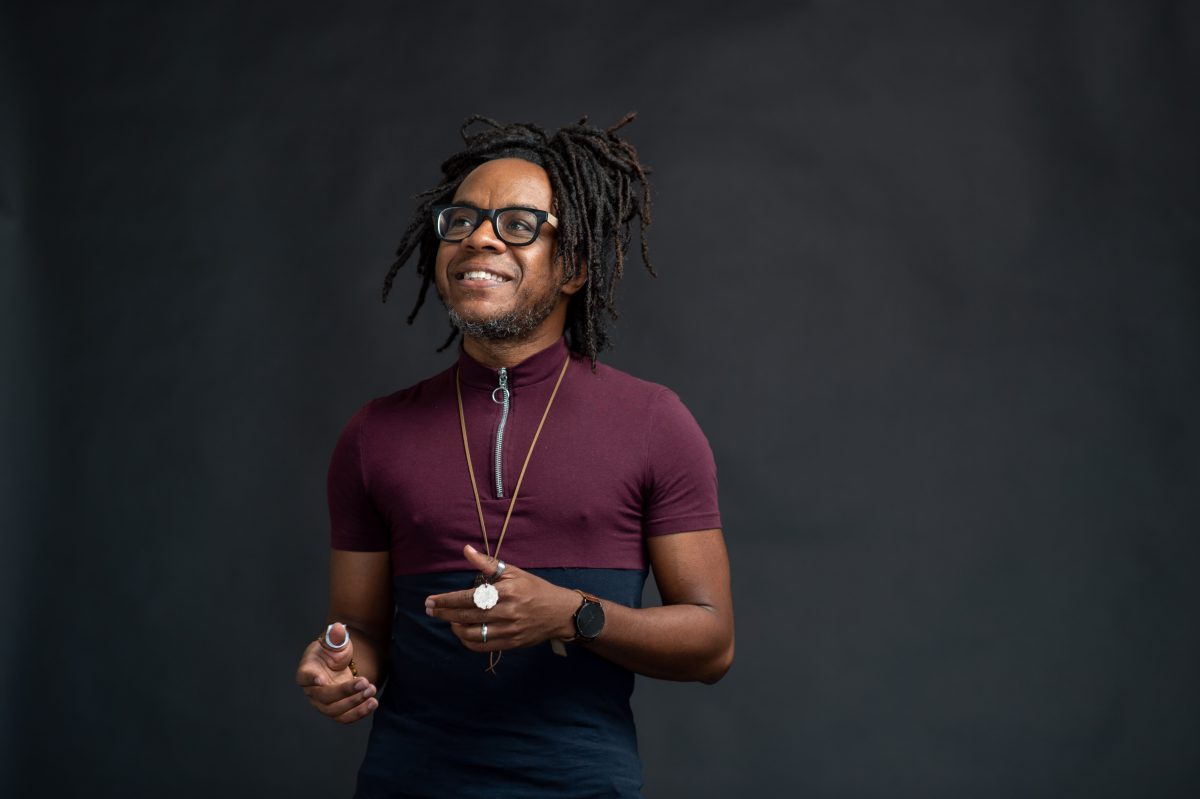 Marcus Amaker is a karaoke singer, a Kate Bush fan and a donut eater. He is also an award-winning graphic designer for a national music magazine (No Depression), and works with nonprofits to create websites, posters and videos. In 2010, he founded a weekly arts publication, Charleston Scene, for the Post and Courier daily newspaper. As a musician, he’s released 28 electronic albums and two records with Grammy-nominated producer Quentin Baxter. Marcus was named Charleston’s first poet laureate in 2016, and has published 7 books of poetry. After becoming poet laureate, he created the Free Verse poetry festival – a city-wide event that puts poetry in public places and schools. He is a mentor for hundreds of local students through poetry workshops. In 2019, he was named the Gaillard Center’s artist-in-residence. Dig into his work at http://TheBlackJedi.com

Marcus Amaker, "the birth of all things"

South Carolina Humanities is pleased to host the 2019 Governor’s Awards in the Humanities Luncheon & Award Ceremony in Columbia, SC on Thursday, October 24, 2019.

Join us for this exciting day to celebrate our award winners!