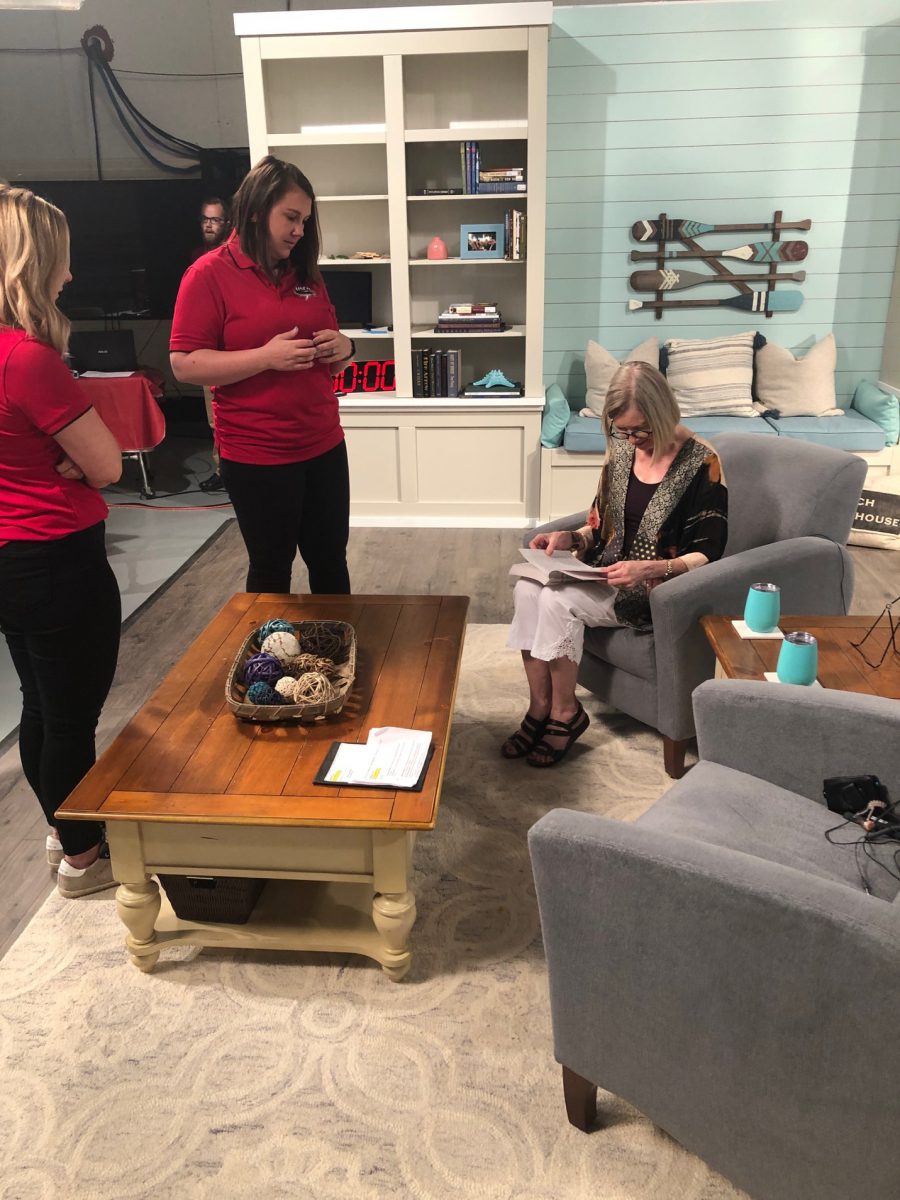 “By The River” is a collaborative television show between SCETV and USC Beaufort. Recorded at the ETV Lowcountry studio in Beaufort, SC, “By The River” is an innovative interview-style show featuring South Carolina and Southern authors. SC Humanities supported the production of the second season of the show with a Mini Grant.

The show is hosted by Holly Bounds Jackson, director of Content and Operations at ETV Lowcountry, and is produced by Dr. Caroline E. Sawyer, assistant professor of Communication Studies at USCB. Uniquely, the entire crew for “By the River” consisted of communication studies students at USCB. The second season of the show was filmed in May and June 2019.

For University of South Carolina Beaufort (USCB) communication studies majors like Erica Martin, “By The River” has given her a chance to interact directly with South Carolina authors and really understand the process of being an author. “I was the booking agent for the show; this job allowed me to interact with the authors beforehand and build a trusting relationship with them. That opportunity led to some great conversations and loads of advice as we interacted during their production day,” said Martin. “Since the production has ended I’ve stayed in touch with many of the authors. Being the booking agent for the show allowed me to network professionally and meet some astounding, well-established people in the business.”

Tristan Triplett, a USCB English major, gained valuable experiences with authors that helped craft his future career path. “My experience with “By The River” was reading the authors’ works and composing questions for them in an interview podcast. For me, talking with authors, who are doing something I am very interested in doing, is the best part of my experience in the production. I got to make a lot of really great contacts, and I am sure the relationships I made will pay dividends far into the future,” said Triplett.

The show’s audience will also benefit from advice on how to get started in the book business, especially since many of the featured writers became an author as a second career.

Photo: Erica Martin (center), USCB communication studies major, class of 2019, with Nancy Rusert (left), works with Cassandra King Conroy (right), author of Tell Me a Story: My Life with Pat Conroy, to help her find a passage to read for the opening of her interview on “By the River.”