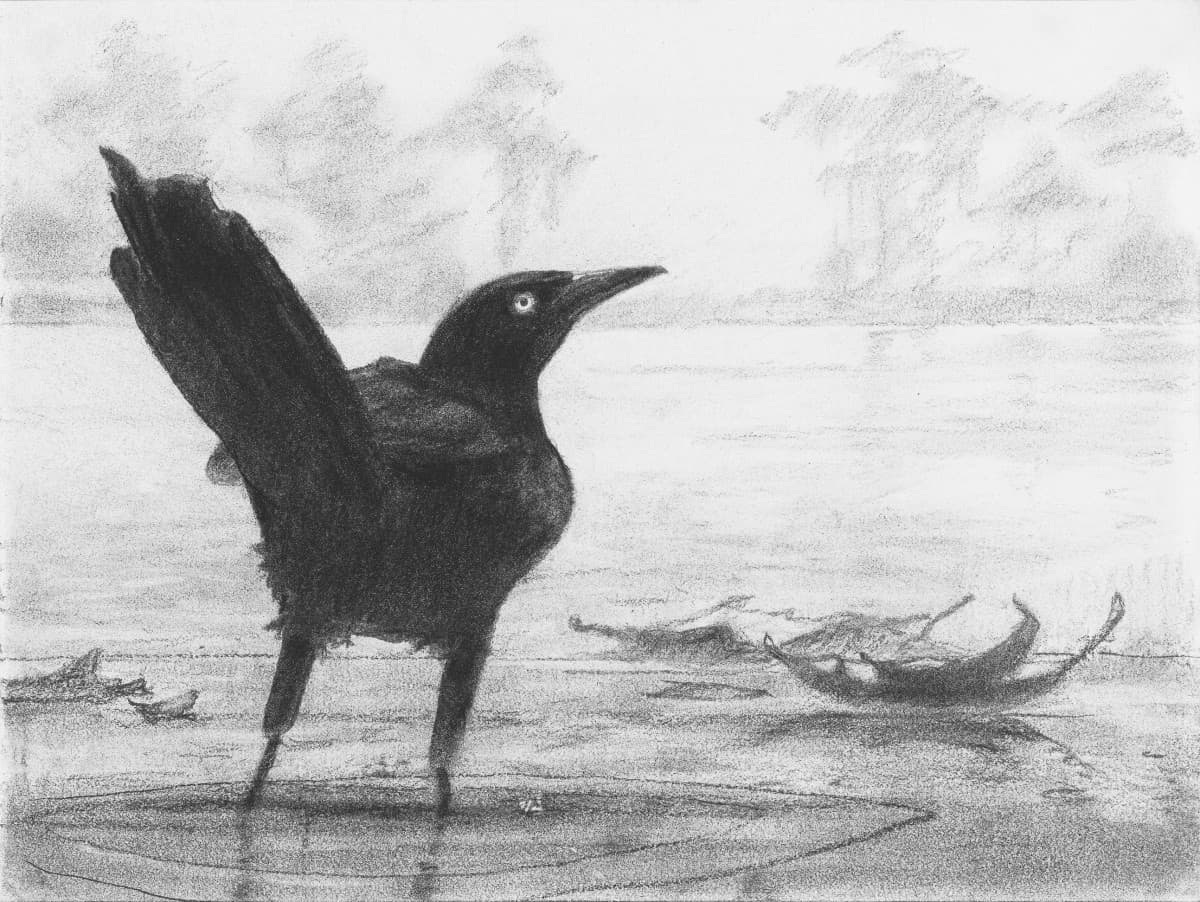 Archibald Rutledge’s story “The Doom of Ravenswood” is a harrowing account of the power of the natural world and of the dangers for humans and animals alike to be found in the ominous swamps of the South Carolina lowcountry. As the narrator of this cautionary tale is riding home astride his faithful horse, Redbird, to Ravenswood Plantation, he is compelled to stop along the isolated road to pick wildflowers. But the untamed wilderness has laid a trap for the traveler, and he quickly finds himself sinking helplessly into the inescapable pull of the morass. With Redbird his only ally in this deadly predicament and with fate and nature set squarely against him, the narrator must use his wits if he is to survive.

The short story “The Doom of Ravenswood” was written for publication in an early twentieth-century boy’s magazine and was first collected in the privately printed Eddy Press edition of Old Plantation Days (c. 1913). Limited to just a few hundred copies, the Eddy Press edition is highly prized by Rutledge collectors and includes five stories— “Claws,” “The Doom of Ravenswood,” “The Egret’s Plumes,” “The Heart of Regal,” and “The Ocean’s Menace”—not found in the more widely available 1921 Stokes edition of Old Plantation Days.

A project of SC Humanities benefiting the South Carolina Book Festival, this new edition of The Doom of Ravenswood is illustrated in handsome charcoal etchings by Southern artist Stephen Chesley. Award-winning outdoors writer and noted Rutledge scholar Jim Casada provides the volume’s introduction, and outdoors writer and editor Charles W. Waring III offers an afterword. A lettered edition, limited to 20 copies and including an artist’s print, is available for $500, and a numbered edition limited to 100 copies is available for $225. Both limited editions are signed by Chesley, Casada, and Waring.

Jim Casada has written or edited more than forty books, contributed to many others, and authored some five thousand magazine articles. Casada has edited five Rutledge anthologies—Hunting and Home in the Southern Heartland, Tales of Whitetails, America’s Greatest Game Bird, Carolina Christmas, and Bird Dog Days, Wingshooting Ways. A past president of the South Carolina Outdoor Writers Association, the Southeastern Outdoor Press Association, and the Outdoor Writers Association of America, Casada has been honored with more than 150 regional and national writing awards. He serves as editor at large for Sporting Classics magazine.

Charles W. Waring III has edited, published, and written prefaces for four books, the last of which was The Way It Was in Charleston published by Evening Post Books. Waring has written numerous features, short stories, poems, and editorials on conservation, hunting, and fishing and he is the founder, editor, and publisher of the Charleston Mercury newspaper.

Stephen Chesley is a semi-abstract artist working primarily in oils, charcoal, and metal. His work has been featured in solo and group exhibitions and has been honored with a fellowship from the National Endowment for the Arts. Chesley’s previous collaborations with the Humanities Council SC were Archibald Rutledge’s Claws and an illustrated chapbook edition of the Julia Peterkin short story “Ashes” in 2012.

Other publishing projects of SC Humanities: